Too big to Investigate: Vaccine industry now enjoying total immunity from all laws due to intimidated, corrupt lawmakers 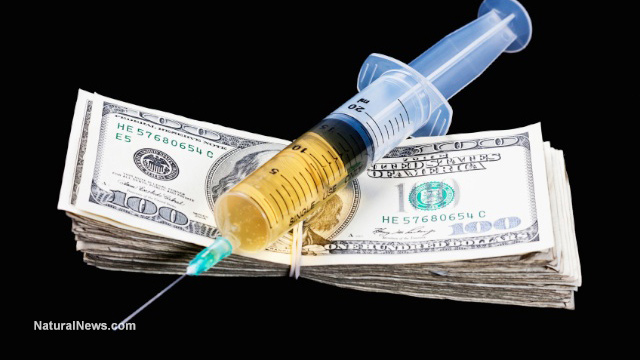 November 2016, when American voters will once again cast their ballot for president, is still a long way off. However, judging by the rising popularity of the early frontrunners – “Independent” socialist Sen. Bernie Sanders on the Left and billionaire businessman Donald Trump, a non-politician if there ever was one, on the Right – one thing is apparent to this political scientist: an increasing number of people are fed up with “the Establishment” of both major parties.

Nearly every political analyst worth his or her salt understands this perfectly, even if most in the mainstream media do not. While Sanders and Trump might not be the ultimate nominees for their respective parties next year, it is clear they are tapping into an anger and frustration among the electorate resulting from a fairly accurate belief that Washington no longer represents them and has instead collectively sold its soul to the highest corporate and union bidders.

That is also true of the vaccine industry, says health advocate and activist Robert F. Kennedy, Jr. He recently told Newsmax that the primary reason that Congress has delayed hearings on accusations that the Centers for Disease Control and Prevention hid links between the mumps, measles and rubella (MMR) vaccine and autism is money. (See Health Ranger Mike Adams’ 2014 report exposing this link.)

“The pharmaceutical industry spends twice what the next biggest industry spends, which is oil and gas. They spend four times what defense and aeronautics spend,” he added.

The 61-year-old Kennedy is the third of 11 children born to Robert and Ethel Kennedy. He is a talk radio host and avid environmentalist who has long criticized childhood vaccines because they contain mercury. (To see studies on mercury and thimerosal in vaccines, click this Science.NaturalNews.com link.)

Rep. Bill Posey, R-Fla., has called on his colleagues to look into charges that the CDC covered up information showing a strong link between MMR vaccines and autism, but so far this has not happened.

Rep. Posey referred to last summer’s admission by Dr. William Thompson, a senior epidemiologist at the CDC, that he helped the CDC hide data that showed giving a child the vaccine before the age of 36 months increased the risk of autism by 69 percent, and giving it to an African-American child increased the risk of autism by 240 percent. So far, Congress has refused to hold hearings.

“The CDC scheduled meetings to try to destroy the documents that demonstrated children were getting autism from the vaccine by literally dumping them in a trashcan,” Kennedy said. “Congress only seems to act when a congress person has been affected directly by vaccine injury.”

Kennedy pointed to a pair of lawmakers besides Posey who have also spoken out about the link: former Reps. Dan Burton and Dave Weldon.

When he was the chairman of the House Committee on Government Reform, Burton noted the MMR-autism link. In a 2002 letter to the U.S. Department of Health and Human Services, he asked that the director of the Food and Drug Administration recall all vaccines containing the mercury compound thimerosal.

“Every day that mercury-containing vaccines remain on the market is another day HHS is putting 8,000 children at risk,” Burton said at the time, as reported by Newsmax.

Kennedy noted that the battle was personal for the chairman.

“Burton had three years of hearings back in 2002 that were brilliant and were absolutely devastating,” Kennedy said. “His grandson got regressive autism from those vaccines.”

In 2012, Burton repeated his call for congressional hearings into the link, adding that Uncle Sam’s response to the allegations was wholly inadequate.