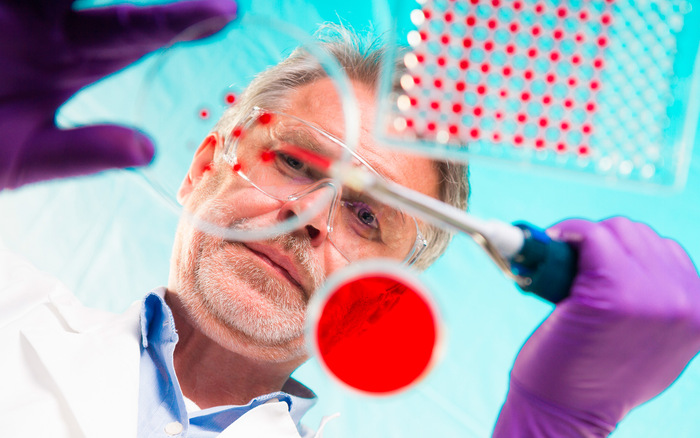 A comprehensive review of autism research published by a scientist working for a pharmaceutical company revealed that several vaccines made with aborted human fetal cells correlated with a spike in autism. Buried in a 79-page review,[PDF] Dr. Helen Ratajczak noted that incidences of autism spiked when children received chicken pox vaccines grown in “human fetal tissue.”(1)

Dr. Ratajczak hypothesized that this occurred because human DNA from the vaccine was able to be “randomly inserted into the recipient’s genes by homologous recombination.” Upon review of eight autism-associated genes, she observed that the “[h]ot spots for DNA insertion” were found on the X chromosome, explaining why the neurodevelopmental disorder more often affects males.

The research also notes that a child’s age and the number of vaccines they receive are important factors in determining their risk of developing autism. The report was written in 2011, at which time children were recommended to receive six vaccines at 2-months-old and nine at 12 to 15 months. Dr. Ratajczak wrote that a child’s immune system is “particularly sensitive at 2 months of age” and that a “challenge by so many vaccines while the immune system is compromised might contribute to an onset of autism.”

Children’s immune systems are incredibly sensitive at 2-months of age, and may not be strong enough for the number vaccines they receive

The following is a snippet of Dr. Ratajczak own words regarding autism and fetal cells in vaccines:

An additional increased spike in incidence of autism occurred in 1995 when the chicken pox vaccine was grown in human fetal tissue. …

The human DNA from the vaccine can be randomly inserted into the recipient’s genes by homologous recombination, a process that occurs spontaneously only within a species. Hot spots for DNA insertion are found on the X chromosome in eight autism-associated genes involved in nerve cell synapse formation, central nervous system development, and mitochondrial function (Deisher, 2010). This could provide some explanation of why autism is predominantly a disease of boys. Taken together, these data support the hypothesis that residual human DNA in some vaccines might cause autism.

Most people are completely unaware that human fetal cells from aborted babies exist in vaccines because it’s simply not disclosed on the insert’s list of ingredients. Scientists use human fetal cells for vaccine development because it’s more efficient than using chicken eggs. As Joseph Herrin wrote in his article “Hell’s Pharamcy”(2):

The traditional process is to inject viral material into chicken eggs and then to harvest the antibodies that are produced. …

The foremost way to streamline the process involves taking human cells, instead of eggs, and using them as the medium in which to grow the viral material to produce the desired vaccine. … [O]ne company in particular has a line of cellular material that they license to other major pharmaceutical companies so that they can create pharmaceutical products. These products include flu vaccines.

Shockingly, aborted fetal cells not only exist in vaccines, but are used to produce a range of food and cosmetics products too. Below are Pepsi beverages developed using human fetal cells:

Below is a list of chewing gun made by Kraft that were produced with aborted fetal cells: