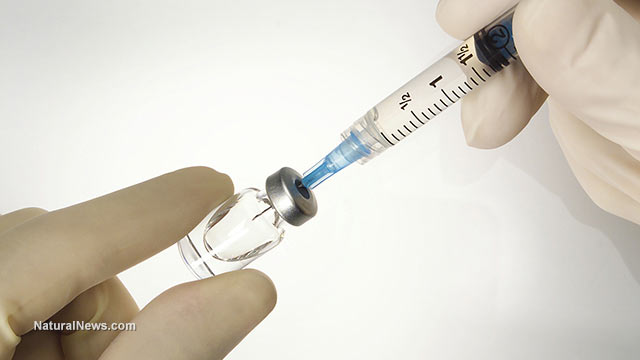 Year after year, we’re bombarded with recommendations from the Centers for Disease Control and Prevention (CDC) urging everyone six months and older — including pregnant women — to receive vaccine shots allegedly to “protect” us from sickness. Many, believing the warnings from a respected agency, fall for the ruse. Some end up unscathed; others, however, aren’t so lucky.

As explained in detail by TruthWiki, “The influenza inoculation is administered to try to help people become temporarily immune to specific influenza viruses that change completely and unpredictably from season to season, region to region, and from year to year. Popular influenza vaccines like Fluzone, FluLaval and Fluvirin all contain the known neurotoxin mercury. Some flu shot brochures go so far as to promote the flu vaccines by writing that ‘… the viruses in the flu shot are killed (inactivated), so you cannot get the flu from a flu shot.’ Clearly, the diction contradicts itself by saying first that the virus is ‘killed’ and then putting the word ‘inactivated’ right next to that in parenthesis, which does NOT mean killed, it means the virus is ‘deadened’ or ‘weakened’ or simply ‘deactivated’ because they suspend it using formaldehyde. A virus can lay dormant, trapped in the intramuscular tissue in which it was injected. Meanwhile, the human immune system can panic (fight or flight) trying to look for the invading pathogens.”

In mercury tests conducted on vaccines by the Natural News Forensic Food Lab, it was found that influenza vaccines manufactured by GlaxoSmithKline contain shocking amounts of highly toxic mercury.

“Tests conducted document mercury in the Flulaval vaccine at a shocking 51 parts per million, or over 25,000 times higher than the maximum contaminant level of inorganic mercury in drinking water set by the EPA. The tests were conducted by the Health Ranger via ICP-MS using a 4-point mercury calibration curve for accuracy. The concentration of mercury found in this GSK flu shot was 100 times higher than the highest level of mercury ever tested in contaminated fish, still vaccines are injected directly into the body, making them many times more toxic than anything ingested orally,” TruthWiki reports.

Despite all the warnings and studies that disprove the safety and viability of most vaccines, government agencies — which undoubtedly all have Big Pharma backing them up — continue to advocate these deadly shots. Some experts, who probably have been overcome with guilt at the blatant lies perpetuated by Big Pharma, have confessed to the shady dealings within the CDC. Whistleblowers Dr. William Thompson and Dr. Maurice Hilleman are two such examples.

To learn more about vaccines, their deadly effects and the convoluted cover-ups that surround the pharmaceutical industry, go to TruthWiki.org.