A healthy, 9-year old Florida girl was paralyzed by the flu shot 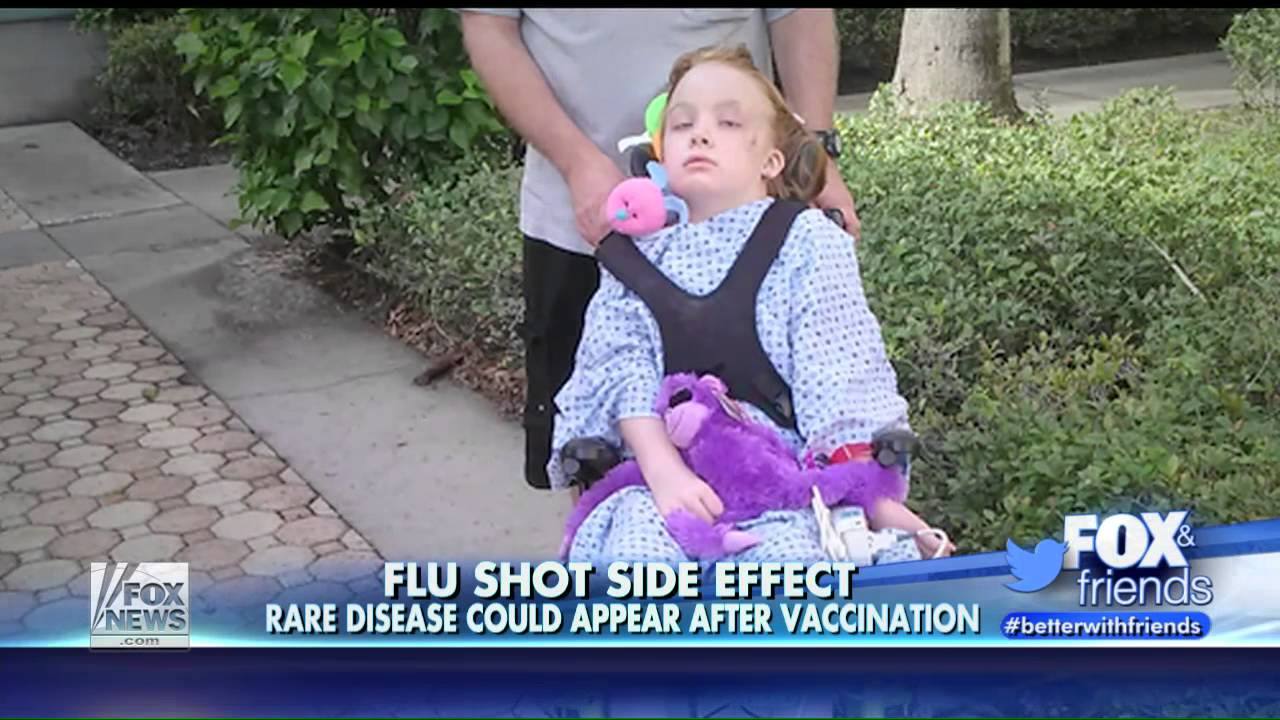 Acute disseminated encephalomyelitis (ADEM) is neuro-immune disorder so rare, little is known about causation.  ADEM is a result of inflammation in the myelin sheath, which is the electromagnetic coating that protects nerves in the brain and the spinal cord. Over 50% of those afflicted with this devastating diagnosis are struck while fighting an existing bacterial or viral infection. According to the Cleveland Clinic Neurological Institute, ADEM will “on occasion . . . occur after a vaccination . . . usually after the MMR.”  National Vaccine Injury Lawyer Leah Durant has reported that ADEM, although rare, can also be triggered by a flu shot.

That’s what happened to little Marysue Grivna, a vivacious, active nine year old from Tampa, Florida. On November 20, 2013, Marysue had a seasonal flu shot. Within days, she became limp, then paralyzed and, as reported by Natural News, “nonverbal, confined to a wheelchair/hospital bed, [and] primarily eating via a g-tube. . .” According to Myelitis.org, ADEM is a rare auto-immune disease that occurs when the immune system “mistakenly attacks its own brain tissue,” when responding to a vaccination or infection.

Television host Nancy Grace reported on this case and, surprisingly, learned on the air that pharmaceutical companies are not liable for any damages.

This protection given to Big Pharma’s vaccines is a gift that keeps on giving. In the 1970s and 1980s, as reported by the Historyofvaccines.org, there were many big payouts to families damaged by vaccines, “particularly from the combined diphtheria-pertussis-tetanus (DPT).” These lawsuits were so successful that many pharmaceutical manufacturers stopped producing vaccines. Congress stepped in. In 1986, they removed any liability from Big Pharma and created a National Vaccine Injury Compensation Program (NVICP). To this day, families like the parents of Marysue Grivna, must apply for compensation through the NVICP by first filing a “claim with the U.S. Court of Claims.” Since the program began, over 17,000 petitions have been filed, 14000 adjudicated, nearly 1o,ooo cases dismissed and only 4687 cases have been compensated for their vaccine injury. Since 1988, $3.3 billion has been paid to victims of vaccine injury.  Compare that to the billions upon billions made by the pharmaceutical companies on the global use of vaccines.

Apparently none of that payout has been applied to little Marysue, whose family has endured this tragedy for nearly three years. Their once beautiful child, who spoke two languages, played, laughed and was fully alive, now lives in diapers, is fed with a feeding tube and is completely dependent. The family is still raising funds to provide their daughter with an accessible bathroom, bedroom and a new electric wheelchair and a wheelchair van. In an interview with Tampa Bay’s ABC News in February 2016, it was reported that her devoted parents refuse to put Marysue in a long term rehabilitation, but do utilize a local rehab facility for a few hours each day. Her mother Carla works outside the home, while father Steven works as the primary care giver. His daughter now weighs seventy pounds and, although he needs surgery for neck problems, he’s put all that on hold to care for his daughter.