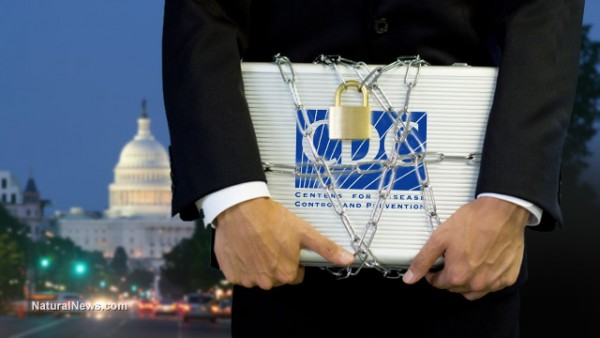 During the eight-year span between 1955 and 1963, upwards of 98 million Americans were injected with polio vaccines that contained Simian Virus 40 (SV40). This virus, obtained from monkeys in the 1960s, has received considerable attention because it’s linked to human cancers, including childhood leukemia, lung cancer, bone cancer and Non-Hodgkin Lymphoma.

This atrocity of modern science was well documented by the CDC’s own fact sheet entitled: Cancer, Simian Virus 40 (SV40), and Polio Vaccine. In the document, the CDC revealed, “More than 98 million Americans received one or more doses of polio vaccine from 1955 to 1963 when a proportion of vaccine was contaminated with SV40.” However, that fact sheet can no longer be found on the CDC’s website. The original CDC archive no longer exists. The Google web cache of this document no longer exists, either.

The U.S. Centers for Disease Control and Prevention (CDC) has committed “revisionist history,” while trying to cover up important historical facts. Anyone who dares discuss or write about this damning information is either labeled a “conspiracy theorist” or a distributor of “fake news.”

The history that is repeated in schools and public forums today is completely watered down. Those in positions of power have every incentive to cover up the real truths and replace them with cozy lies.

Vaccine science is a topic we are taught to willingly accept as a savior of mankind. But take a look around, it’s become apparent: human immune systems are suffering like never before.

We are taught to blindly trust the official story. Now we live in a world where six corporations control 90 percent of the information we receive (Viacom, Disney, News-Corp, GE, Time Warner and CBS). Any bit of information that deviates from their script can now be labeled “fake news” and be subjugated.

When we realize what the original Salk and Sabian polio vaccines did to Americans we should become skeptical and wonder what perpetual vaccine propaganda is doing to our bodies and minds today. If SV40 viruses from monkeys could initiate cancer, what could viruses that are grown in aborted fetal cell lines due to our cellular processes?

The National Institute of Health (NIH) revealed in 1961 that SV40 is a DNA virus that causes tumors by suppressing the “transcriptional properties of the tumor-suppressing genes in humans through the SV40 Large T-antigen and SV40 Small T-antigen.” The SV40 that was found in polio vaccines at the time basically caused genes to mutate, which led to uncontrolled cellular proliferation.

Michele Carbone, assistant professor of pathology at Loyola University in Chicago, observed the devastating cellular proliferation of SV40 viruses in her studies. She identified SV40 in 40 percent of all bone cancers and 60 percent in all cases of mesothelioma.

With so many health problems suffocating the people of the United States today, isn’t it time to ask the tough questions and challenge the “science” that is ruining our natural healing processes?

The CDC has no incentive to protect the American public; it owns over 20 vaccine patents and sells over $4.6 billion in vaccines annually. Not only does the CDC have the power to revise the history of vaccine effectiveness, but it also has the incentive to broadcast its own fake news so as to keep selling more vaccines.