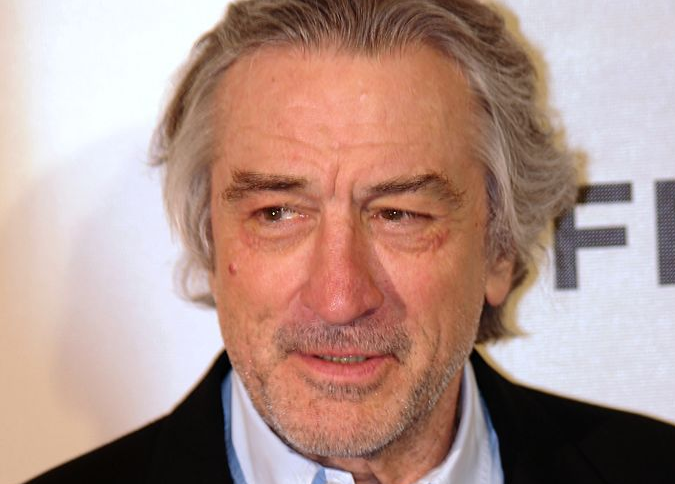 Robert De Niro has gained notoriety recently not for his brilliant film career, but for his efforts towards exposing the dangers of vaccines. De Niro has grown increasingly outspoken about his concerns over what immunizations really contain because his 18-year-old son, Elliot, has autism.

Recently the famed actor joined Robert F. Kennedy Jr., the chairman of the World Mercury Project, at a National Press Club Conference. During the conference, De Niro commented, “I’m here for, because my son is within the autistic spectrum…”

Robert De Niro has often been described as a fairly private celebrity; he’s not been known to divulge personal details willingly. But that has changed; he has frequently spoken out about his son’s autism, and what he and his wife believe may have caused it.

In 2016, De Niro’s Tribeca Film Festival came under fire for planning to showcase the documentary, Vaxxed. Ultimately, the documentary was not aired at the festival due to protests — a decision that he has since appeared to regret.

De Niro also revealed that he and his wife believe that their son Elliot developed autism after receiving the MMR vaccine. The actor has commented that his son “changed overnight” after receiving the inoculation. Still, he contends that his not “anti-vaccine,” but rather that he is “pro-safe vaccine.”

“I, as a parent of a child who has autism, I’m concerned. And I want to know the truth. I’m not anti-vaccine. I want safe vaccines,” he said. De Niro added that he believes that there is a link there — even if the government and mainstream scientists refuse to admit it.

Since 2016, De Niro has become a stronger force in the quest for answers on vaccine safety. And in 2017, De Niro has made headlines again for his continuous and unrelenting questioning of vaccine science.

“Who settled it, how was it settled? Where is the science?” the actor said in an interview with veteran journalist, Sharyl Attkisson.

On February 15, Robert De Niro and Robert F. Kennedy Jr. took the stage together and held a press conference about vaccine safety. During this conference, the pair announced that they were looking for proof of vaccine safety, and declared that they would offer a cool $100,000 to anyone who could provide them with sound information.

Numerous government agencies have continued to purport the myth that the trace amounts of thimerosal allowed to be used in vaccines today are not harmful. The CDC itself has stated that vaccines do not cause autism. A frequently-cited FDA study claims to have found that the only potential side effect of thimerosal exposure is “hypersensitivity.” However, the FDA’s Material Safety Data Sheet from Eli Lily and Company and Sigma Chemical Company tells a different story.

Under the exposures section of the Eli Lilly portion of the document, it is stated that “no applicable information” was found for sensitization issues. However, severe neurological effects were noted, including mild to severe mental retardation and motor coordination impairment.

The Sigma Chemical Company portion of the document noted that, “To the best of our knowledge, the chemical, physical, and toxicological properties have not been thoroughly investigated.” The nervous system is one of the listed organs suspected of being targeted by the compound, along with a host of other ill effects including degenerative changes to the brain and neuronal coverings, changes in motor activity, negative effects on fertility, negative effects on developing fetuses, and much more.

As Trace Amounts explains, even though the amount of thimerosal in vaccines appears to have decreased, because the number of recommended vaccines has substantially increased — the overall exposure to thimerosal is actually now greater than it was in 1999. Beyond that, after it was declared that thimerosal would be removed, the CDC began recommending that pregnant women receive annual thimerosal-preserved flu shots.

Thimerosal is nearly 50 percent ethylmercury, and according to the World Mercury Project, that is even more toxic than the methylmercury found in fish. Even the trace amounts still found in many vaccines today could be enough to do harm. The toxicity of mercury is practically public knowledge, and yet the government maintains that as long they say it’s safe, we should just blindly believe them.