Vaccine skepticism is rooted in rational science, while vaccine zealotry is pushed under the “cult of scientism” 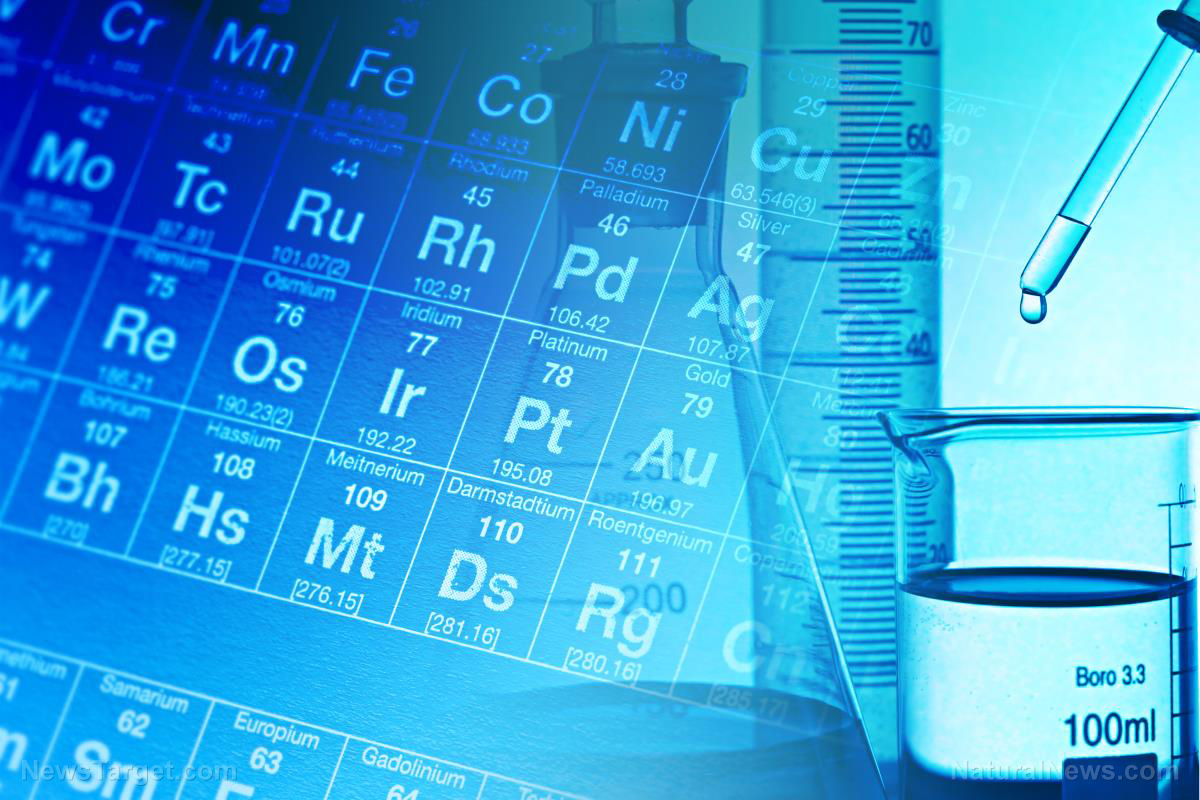 Ever notice how every attack on so-called “anti-vaxxers” (a demeaning medical slur, the equivalent of the “N word” in science) begins with the assumption that they must be completely crazy?

That’s a tactic. It’s designed to dismiss the rational science behind vaccine skepticism, even as the evidence keeps mounting that toxic vaccine ingredients are incredibly dangerous to human health.

Being skeptical about injecting children with mercury is rooted in rational science. Questioning why the vaccine industry has absolute legal immunity from lawsuits arising from defective products that cause hospitalization, paralyzation, seizures and even death is also rooted in rational thinking.

Yet vaccine fanatics want everyone to believe that any person who dares question even a single ingredient used in vaccines is crazy by default. Therefore, they insist, no debate is needed because anyone who doesn’t blindly agree with every claim and assertion made by the toxic vaccine industry is obviously “anti-science” and therefore not even worth listening to. This is how the so-called “science” of vaccines has now turned into a kind of religious science fundamentalism that can only protect itself from scrutiny by silencing all debate or dismissing legitimate questions about safety, toxicity and legal responsibility. It’s also called the “cult of scientism.”

Fox News, by the way, dared to feature Robert F. Kennedy, Jr., in a recent Tucker Carlson interview, where RFK openly challenged the safety of many vaccine ingredients, including mercury, a potent neurotoxin. No doubt Fox News is now being heavily pressured by the pharmaceutical drug cartels to ban RFJ Jr. from future interviews. You can view his video clip at this link.

Ultimately, the vaccine industry discredits the entire scientific establishment by abandoning the very process of scientific inquiry. Through an insistence that, by definition, all those who question the safety of vaccines are automatically “anti-science,” the vaccine industry demonstrates how it treats debate in exactly the same way UC Berkeley treats free speech: BAN ALL DISSENT.

At UC Berkeley, “tolerance” is defined as welcoming all those of different skin color as long as they uniformly profess absolute conformity to a very narrow set of ideas and beliefs (i.e. “liberalism”). Any who might challenge those beliefs are immediately decried as “fascists” who are guilty of “hate speech” which Berkeley students ridiculously define as a form of violence. Invoking that twisted logic, such students then openly argue for the killing of individuals before they can speak as a means of halting such “violent speech” before it can take place. This is then defined as “tolerance.”

In the vaccine industry, “science” is defined as a very narrow set of beliefs which are accepted as a matter of absolute faith (such as the absurd belief that vaccines never harm anyone and carry zero risk of harm). Any who might question those faith-based beliefs are derided as “anti-science” and attacked, ridiculed or demeaned, all in an effort to “defend science” against anyone who might ask a question that the high priests of “science” don’t want to hear. This is precisely what Neil DeGrasse Tyson argues when he demands that every person stop thinking for themselves and instead surrender to the totalitarian decrees of the scientific establishment, which he says are the only ones who are qualified to think rationally about climate change. Neil DeGrasse Tyson, by the way, is a religious science fundamentalist who believes, much like radical Islam, that all those who don’t subscribe to his faith-based beliefs must be silenced and destroyed. No evidence that contradicts his “faith” may be tolerated, just like the beliefs of liberal students at UC Berkeley.

As explained on Mises.org:

The scientific method has another large limitation: conclusions derived solely by experimentation are always susceptible to falsification by just one aberrant observation. For this reason and others, even wide consensus among scientists should be met with at least some skepticism before the heavy hand of the government gets involved.

In 1992, the government, backed by the scientific community, told you that you needed 6-11 daily servings of bread, cereal, rice, and/or pasta to maintain good nutrition (and that saturated and animal fats are to be avoided). Many government policies and public school food offerings were based on this recommendation, including, suspiciously, agricultural subsidies and import tariffs. But then, years later, new information revealed this to be terrible advice, after a big jump in diabetes diagnoses and obesity rates.

Or, consider the government’s attempts at alleviating malaria. The National Malaria Eradication Program sprayed DDT in 4,650,000 homes and overhead by aircraft. Later, it was realized that DDT is carcinogenic and the spraying had a severe effect on the environment and wildlife, birds in particular. Birds of prey like the bald eagle are not considered endangered species anymore, and the ban on DDT is considered a major factor in their recovery. Even this conclusion is in question, including whether or not DDT is carcinogenic for humans, but the point is that the government itself backtracked on its own science-based solution to a problem. It banned a chemical it once sprayed indiscriminately.

The vaccine industry, in other words, believes in destroying the freedom to think. Its actions — and sociopathic medical violence pushers like Dr. David Gorski — reflect the kind of destruction of knowledge we’ve all witnessed throughout history when evil regimes burned books in order to control the official narrative. (Dr. Gorski is a high-level editor at Wikipedia and writes all the entries involving vaccines, chemotherapy and cancer surgery, blocking all dissenting facts or information he doesn’t like.)

There is no question whatsoever that vaccines cause widespread harm and death, yet this simple, irrefutable fact is not even allowed to be debated today due to the coordinated, pharma-funded effort to absolutely destroy any person who even asks a simple question about vaccine safety or vaccine ingredients. As a simple demonstration, witness this GreenMedInfo.com article describing a vaccine science study that found a 212% increase in infant mortality among infants who received DTP vaccines vs. those who didn’t. As this article reveals, some vaccines actually kill far more babies than they save. Yet this very idea is ridiculed as “anti-science” by religious science fundamentalists, even when the conclusion is precisely backed by peer-reviewed, published science.

Note: We’ve just launched a new website called Natural News Reference that lists the ingredients for over 60 popular vaccines. Go there now to view vaccine insert sheet ingredients lists and see for yourself what vaccines are really made of.

As a perfect example of the silencing of dissent (and the complete abandonment of scientific debate on the vaccine issue), consider the fact that legendary actor William Shatner recently tweeted a link to the TruthWiki.org website’s profile of rabid vaccine zealot Dr. David Gorski, one of the vaccine industry’s most malicious attack dogs who routinely slanders the Health Ranger and Natural News with wholly fabricated smears rooted in his own mental instability. (See Shatner’s link below.)

Dr. Gorski is a breast cancer surgeon who preys upon black women in the Detroit area and is a colleague of Dr. Farid Fata, a cancer fraudster who was arrested by the feds, indicted for massive medical fraud, and is now serving 20+ years in federal prison. They both worked in the same facility, and Dr. David Gorski has been reported to the FBI for possible conspiracy involvement in criminal schemes involving medical malpractice and the high-profit maiming of innocent women for profit.

When Shatner tweeted the URL to TruthWiki.org, which exposes the astonishing history of deceit, distortions and abandonment of medical ethics by Dr. Gorski, he was roundly blasted by the coordinated efforts of the vaccine establishment, which incessantly seeks to silence all dissent: You can read about what happened next at this Natural News article, which details the vaccine mafia’s war against Shatner, who isn’t even anti-vaccine in the first place!

Above all, remember that vaccine skepticism is rooted rooted in rational thinking and genuine science. Many vaccine ingredients — such as mercury, aluminum, MSG and formaldehyde — are undisputed as known neurotoxins. The CDC confirms that some vaccines include ingredients such as diseased African Green Monkey kidney cells, and aborted human fetal tissue is also commonly used in many vaccines, including the chickenpox vaccine.

This video animation explains how vaccine are really made, and efforts have already been made to try to BAN this video from the internet:

Stay informed. Stay vigilant. Refuse to be bullied by the sociopathic vaccine zealots whose actions resemble Jihad more than science.