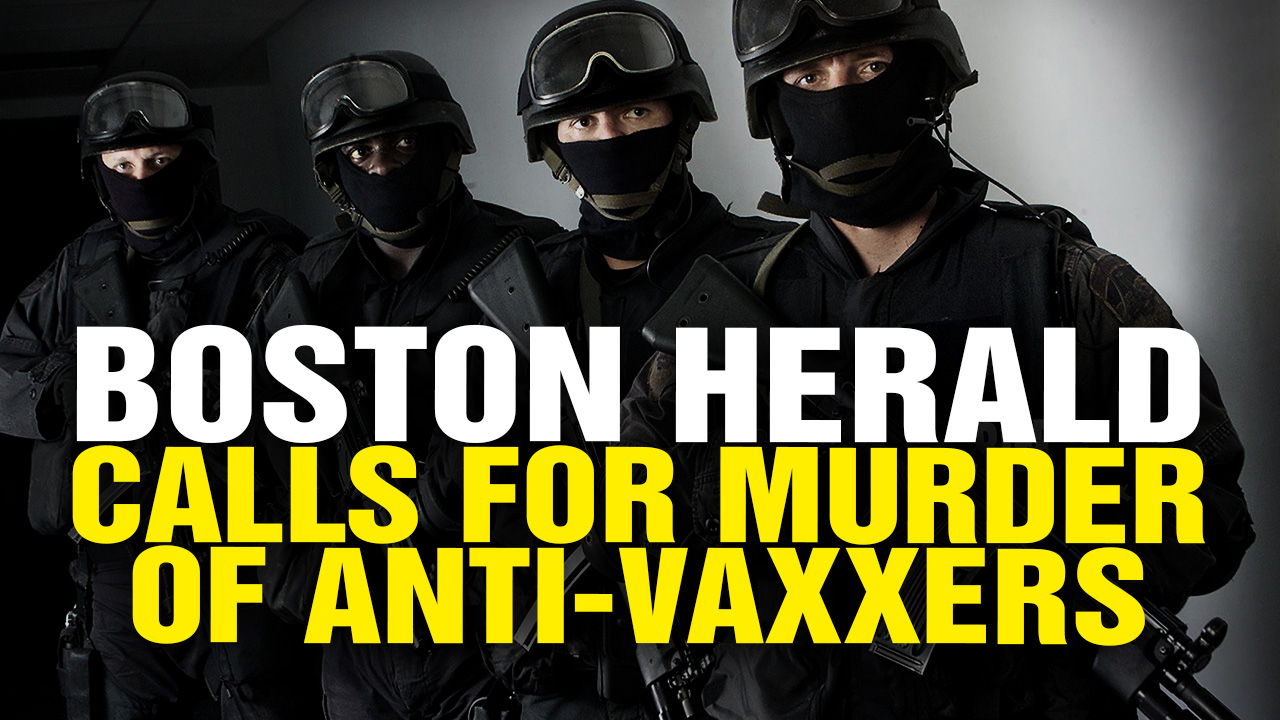 As self-proclaimed crusaders against hate and intolerance, the more extreme elements of the political left sure are getting aggressive in their calls for censorship and even violence against their opposition. The editorial staff at The Boston Herald is a perfect example of this, having recently published an article calling for vaccine skeptics to be hanged merely for questioning the mainstream narrative that all vaccines are safe and effective.

In case you missed it, the shocking editorial (which has since been archived and hidden behind a paywall), entitled “Preying on parents’ fear” was published on May 8, and chastises “anti-vaxxers” for “plying their trade” on immigrants. Staff at the paper publicly blamed anti-vaxxers for a recent measles outbreak that occurred in Minnesota, which supposedly occurred because immigrant families from Somalia didn’t vaccinate their children at a high enough rate to prevent it.

At least 48 confirmed cases of measles were reported in Minnesota’s Hennepin, Ramsey, and Crow Wing counties, allegedly affecting mostly unvaccinated Somali-American children, which drove the mainstream media into an absolute tirade against vaccine skeptics. The narrative was this: Not enough people are getting the measles vaccine anymore due to fears about autism, and now people are getting sick.

It’s the same tired scare campaign that the media has been engaged in for years. But The Boston Herald took the whole thing a giant leap further by actually calling for violence and death against parents who advocate that the public should make more informed decisions about vaccines. The mere act of encouraging people to read vaccine package inserts, which openly state that vaccines can cause autism, by the way, is now a hangable offense in the eyes of The Boston Herald‘s editorial staff.

“These are the facts: Vaccines don’t cause autism,” insist the editors of The Boston Herald. “Measles can kill. And lying to vulnerable people about the health and safety of their children ought to be a hanging offense.”

Measlesphobia is rooted in paranoia, not fact

There’s plenty of irony in these ridiculous statements, the first and most obvious being the claim that vaccines don’t cause autism. Many vaccine package inserts, as approved by the U.S. Food and Drug Administration (FDA), openly state that autism symptoms are a potential side effect of vaccines, as is neurological damage and even death. The second is that measles can kill people, which while this might be possible in some situations, is highly unlikely for the vast majority of the healthy population.

Just take a look at this old clip from The Brady Bunch that shows the Brady children getting measles and everyone laughing about it. Many shows from that era, in fact, treated getting measles as no different than getting chickenpox because, quite frankly, measles really isn’t that big of a deal for most people.

The possible side effects of getting the measles vaccine are far worse than the measles itself. And yet, based on how the media treats measles today, one would think that catching it is akin to catching the plague. Just think: If the episode of The Brady Bunch dealing with the measles was aired today, the editors of The Boston Herald would be publicly calling for the Brady parents to be hanged – and most rational, level-headed people would realize how crazy these vaccine hawks with measlesphobia really are.

“Of course there is an irony in all this,” writes Ginger Taylor for Age of Autism about the lunacy of The Boston Herald and its borderline criminal editorial calling for the murder of vaccine skeptics. “We ain’t the ones who are lying.”