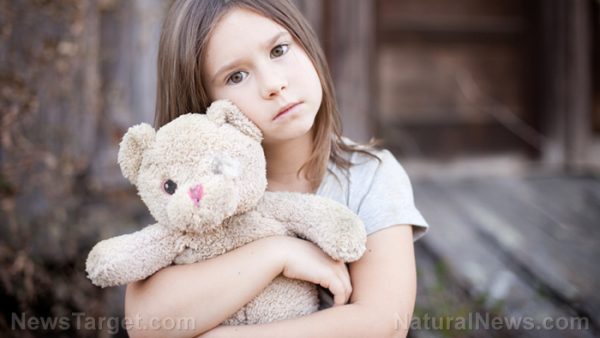 Lawmakers in Texas have been attempting to restructure many of the laws governing Child Protective Services in the state, since children have been falling through holes in the system and being permanently damaged in the process. One of the proposed bills under consideration is House Bill 39, introduced by Representative Gene Wu (D-Houston). This bill would push for children taken into the foster care system to receive medical examinations more quickly – within three days for those in urban areas, and within no more than seven days for those in rural areas.

While the bill would seem fairly straightforward on the surface, it ran into a snag when lawmakers started debating whether these routine medical exams would include vaccinations. Rep. Bill Zedler (R-Arlington) of the Texas Freedom Caucus proposed an amendment to the bill which would exclude vaccines from the required treatments. He raised the issue that children could potentially receive vaccines or other medical interventions, including surgery, and then in some instances be returned to their parents a few days later if the Department of Family Protective Services had made a mistake.

Rep. Wu’s firm response has caused great concern among many, because it reflects his true feelings both about vaccinations and the rights of parents.

“When we put into the law that we are limiting the ability of our agency that is tasked with taking care of a child that is in their custody and they are legally responsible for, we are setting a dangerous precedent,” he added.

When Rep. Jonathan Strickland (R-Bedford) gave Wu the opportunity to amend his statement that such a child “belongs to the state of Texas,” Wu showed no inclination to back down. At that, Strickland asked him directly, “True or false: CPS has taken children and found that they were wrong in doing so and returned the child? Has that happened, Representative Wu?”

Wu grudgingly admitted that such mistakes have happened “on rare occasions.”

Other legislators also weighed in on the issue, with Rep. Sarah Davis (R-West University Place) pushing to amend the bill to mandate the administration of the HPV vaccine, which she claimed, “will eliminate cervical cancer.”

This statement is simply not true. Not only does the HPV vaccine not eliminate cancer, but hundreds, if not thousands, of children around the world have suffered irreversible harm from it. [Related: Read more about how the global media has revealed the devastating effects of this vaccine.]

If the “emergency” medical examinations proposed in House Bill 39 were to come to fruition, and they mandated the vaccination of the children involved, they would almost certainly do more harm than good. They would infringe on the rights of both the parents and the children, leaving families to deal with the devastating long-term effects of vaccines.

And if the bill passes, what’s to stop the Department of Family Protective Services from “innocently” grabbing children, vaccinating them, “realizing” their mistake and returning them to their parents? What a perfect way to enforce the vaccination of every child in the state!