Why is new CDC director a military Major from the U.S. Air Force? 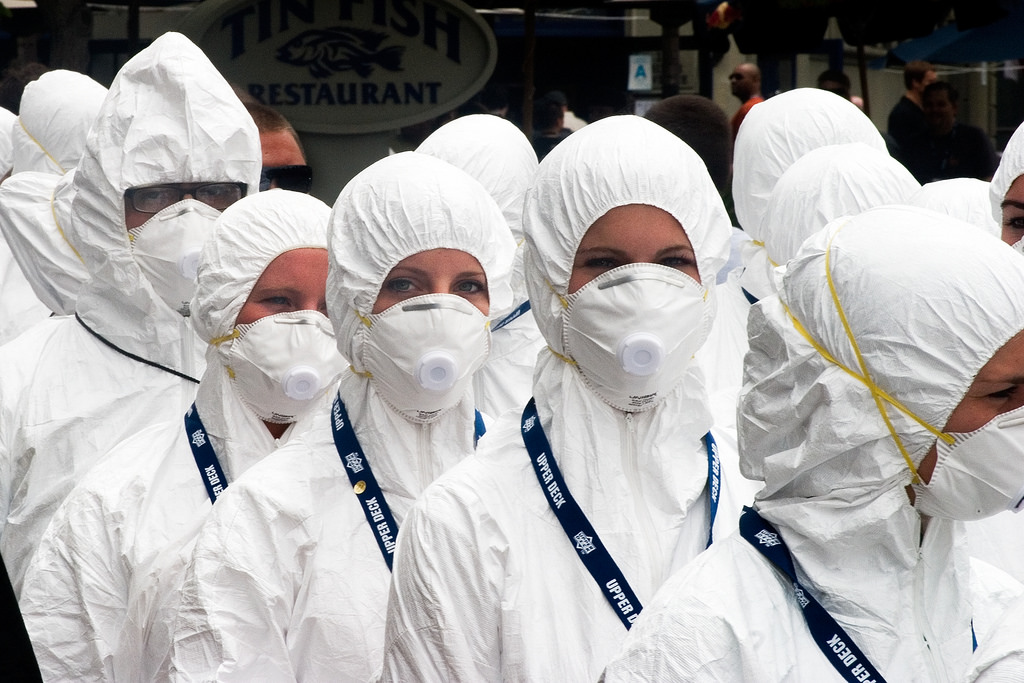 On July 7, U.S. Department of Health and Human Services (HHS) Secretary Tom Price announced that Dr. Brenda Fitzgerald, M.D., a board-certified obstetrician and gynecologist, will be taking over as head of the U.S. Centers for Disease Control and Prevention (CDC). Dr. Fitzgerald has an extensive resume relative to her position, which includes more than 30 years as a practicing physician. She also happens to be a Major in the U.S. Air Force, having served at both the Wurtsmith Air Force Strategic Air Command (SAC) Base in Michigan and at Andrews Air Force Base in Washington, D.C.

Why is this last point relevant? Because many people don’t realize that the CDC in many ways functions as a branch of the United States military. The agency itself isn’t officially designated as such, of course. But a good number of its medical officers, which now include among their ranks Dr. Fitzgerald, are members of the Commissioned Corps of the U.S. Public Health Service (PHS). And this agency is officially designated as one of the seven U.S. uniformed services, along with the Army, the Navy, and Dr. Fitzgerald’s branch, the Air Force.

Perhaps you’re still asking yourself: but why is this relevant? What’s the big deal if the CDC and some of its top officers are directly connected to the military-industrial complex? If you’ve been following the stories published here at Natural News for any length of time, you may recall that the U.S. military has somewhat of a sordid history when it comes to medical experimentation involving not only its service members, but also ordinary citizens. The CDC is often involved as well, maintaining a shadowy relationship with the upper echelons of the military apparatus.

The whole thing borders on deeply concerning when you start considering the potential implications of having a branch of the military essentially directing public health policy. At the very least, it warrants further scrutiny as to why the CDC seems to prefer hiring individuals with a military background as opposed to just ordinary doctors and medical professionals. It also begs the question as to why these two seemingly unrelated entities are so intertwined in the first place.

If you’ve ever seen CDC officials on television, perhaps you noticed that they wear strange uniforms resembling those worn by service members in the military. This is no coincidence, indicating that these individuals are members of a “uniformed service” – in this case, PHS. It also shows that they provide support services to the military in addition to their functional roles as public health authorities, which means they essentially have two jobs.

What this means in a practical sense on a day-to-day basis isn’t entirely clear. But it does indicate that the CDC doesn’t exactly function as a civilian agency as most people think it does. At the very least, it operates in partnership, or as some kind of hybrid, with the military-industrial complex. These CDC officials who are also PHS officers are appointed and paid by the U.S. military, it’s important to note, and the public isn’t necessarily told where they came from or why they now work at the CDC.

This is concerning because not only does military medicine have a much different set of priorities than civilian medicine, but it also has a history of human rights abuses involving medical experimentation. One prominent example of this is the infamous “Project 112” program that ran from 1963 to the early 1970s, in which Navy sailors were secretly sprayed with toxic nerve agents like sarin and VX to test the effectiveness of this military branch’s decontamination and safety procedures.

The military also has an extensive history of using sinister means to try to force vaccinations on members of the public. In conjunction with the Institutes of Medicine (IoM), the military-industrial complex has funded all sorts of fake science research over the years to push the notion that vaccines are safe. As we exposed back in 2011, for instance, the IoM actively shills for the vaccine industry while accepting tens of millions of dollars from shady government organizations, many of which have direct ties to the U.S. military.

How is Emory involved?

Dr. Fitzgerald is also a graduate of Emory University School of Medicine, another institution tied to the military-industrial complex. Emory seems to churn out graduates that almost always end up working for the vaccine industry, the CDC, or both. The revolving door between these three entities is astounding, and raises a lot of questions about Dr. Fitzgerald’s motivations for being CDC director.

Will she turn out to be another Poul Thorsen, the now-shamed former CDC vaccine researcher who was exposed for producing fake vaccine “science” in defense of the controversial MMR vaccine? Will she rely on the CDC’s other distorted positions regarding vaccines and pharmaceuticals to push Americans to accept more of them during the next manufactured “pandemic?” Do we even know what her views are on any of these important subjects?

We do know her credentials, and that she oversaw the state of Georgia’s 18 public health districts and its 159 county health departments. We also know that she chaired Georgia’s “Ebola Response Team” back in 2015, reportedly overseeing the transfer of Ebola-infected individuals to Emory University Hospital. She also coordinated a statewide push for Georgia residents to receive both Ebola and flu vaccines, suggesting that she would take similar action on a national scale in the event of another reported disease outbreak, fake or otherwise.