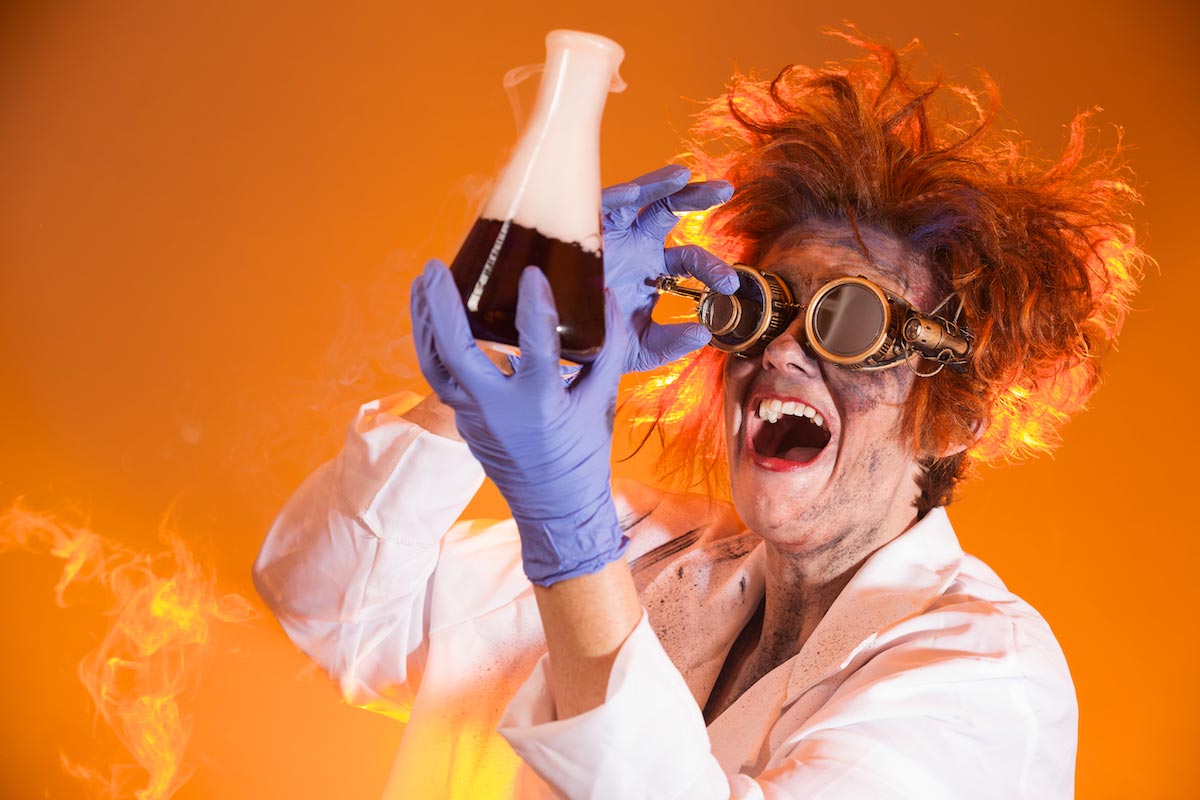 Science! Scientists, geologists, agriculturalists, climatologists, astronomers, historians, archeologists, biologists, oncologists and geoscientists are so proud to exclaim that their field of study has research and facts to back up their favorite conversations about climate change, GMOs, vaccines, chemotherapy and infectious disease, but what if they all found out today that the majority of their favorite “evidence-based” data was crafted, scripted, manipulated, twisted and distorted to fit an insidious narrative?

Money can buy just about anything except love, and to doubt that money can buy scripted results for faked science research would be unrealistic. Still, the purveyors of fake science declare that anyone who questions their lies, deception and propaganda is “anti-science” and a “conspiracy theorist,” all in a vain effort to discredit real science and honest journalism.

When a powerful biotechnology corporation creates deadly pesticides that kill worms, beetles, bees, plants, farm animals and people, that business needs fake science to back up their empty claims to farmers and consumers about safety, efficacy and “sustainability.”

When rich politicians want to get richer, they invent Ponzi schemes built on fear, propaganda and faked science research to convince Americans (and the rest of the world that’s dumbed down on fluoridated water and flu shots) that it’s all our fault that the earth is about to overheat and flood, and that we’re all going to starve and suffocate to death if we don’t contribute our hard earned money to some bogus cause made up out of “thin air” (pardon the pun).

When the pharmaceutical chemical-medicine-complex of America wants to gain power and riches from the peons who believe chemicals can cure anything, they simply pay big bucks to shill scientists to forge results in laboratories that are then published as “peer reviewed science” and evidence-based facts, even though it’s all paid-for lies and propaganda. Even though every single medicine advertised on television has side effects that are worse than the condition being treated, the crooks at the FDA are protesting to remove those warnings because it’s confusing to Americans, who simply don’t listen and overlook this sidebar information (that’s delivered subliminally anyway).

If you “love” science but don’t trust big corporations and rogue U.S. regulatory agencies, then ask yourself this question: Who ran those “science-based” tests on that medicine, those diseases and disorders, that pesticide and those weather “conditions?” Who ran and paid for those tests? Was it the very companies, corporations and globalists who stand to profit by the millions and billions of dollars from the masses believing in it all?

Lie #1. The Danish Study, based on bogus research, attempted to show that vaccines were not linked to higher autism rates

A criminal psychiatrist named Dr. Poul Thorsen, who was heavily entrenched in pro-vaccine propaganda with the CDC, fled America with over $2 million in embezzled, phony grants he created (using taxpayer dollars) as he scammed well-known U.S. universities and the CDC. Thorsen is the “author” of the Danish Autism Study (complete myth) that attempted to prove vaccines and autism have no correlation. Using fraudulent data to distort the truth about the dangers of mercury in vaccines, Thorsen was the lead investigator of the fraudulent study to cover up the vaccine-autism link that the CDC already discovered (and buried) in 2004.

Lie #2. The $3 billion Human Genome Project ferreted out the genetic roots of most diseases and disorders

When it comes to preventable diseases and disorders in America, medical doctors just love to tell their victims (patients) that everything that’s wrong with them was inherited from their parents’ genes – that way the patient believes there’s no way to cure their problems with a proper diet and that they must take chemical medications for the rest of their shortened lives just to “treat” the symptoms. The Human Genome Project was a complicated boondoggle that is now used for that same purpose. The multi-billion-dollar epic fail project forced the shilling scientific “community” to falsify results and claim they unlocked all the mysteries of the origins of diseases in humans. Why was the project a huge failure? The bottom line was revealed that humans have only about 20,000 protein-coding genes, roughly the same number as the roundworm.

Lie #3. There is no cure for cancer

The cure for cancer lies in filtering chemicals and pathogens out of your body and out of your daily consumption. That means avoiding chemicals and genetically modified organisms in food, water, medicine, home care, yard care and personal care products. Mountains of research prove that an organic, plant-based diet and supplements like vitamin C and D greatly improve your chances of preventing and curing cancer. Fake science fuels the chronic sick care industrial complex of America and the fake “search for the cure.” Look a little harder and smarter and you’ll find the cure already exists!

What happens when you douse a human water supply with a poisonous pesticide, the humans drink it daily for years, and then they have babies? The babies are born deformed. And what happens when globalists (like Bill Gates) want to get richer and depopulate the planet, and they invest in the corrupt vaccine industry? They invent propaganda scare tactics to convince everyone to get more deadly, fertility-destroying vaccines (like Tdap) while spreading more toxic pesticides everywhere. There! You just learned the true story behind the Zika virus scare and fraudulent research. Zika virus is just another “flu,” and it doesn’t cause babies to be born with shrunken heads.

Lie #5. The CDC and their lead scientist Dr. William Thompson, in the early part of this century, studied the safety of mercury in vaccines and found no link to autism.

In the biggest medical discovery cover-up in modern history, the CDC themselves buried the results of a study all but proving that deadly mercury in vaccines causes autism in little boys – mainly African American boys, under age three. An entire team of scientists found out the truth and destroyed the evidence, then altered and skewed the results to fit the corrupt narrative that all vaccines are “safe and effective” – that is, until the lead scientist blew the whistle on the whole thing.

Lie #6. Climate change (global warming) is statistically proven to be caused by human activity and we must give Al Gore our money to fight it

There are some monstrous and insidious ways American racketeers make their fortunes. Those schemes include the pharma-industrial complex, the military industrial complex, and yes, scaring taxpayers into funding Ponzi schemes like global warming. If you are one of those gullible “fish” who bit the bait, it’s time to do a little homework and find out exactly how you got scammed.