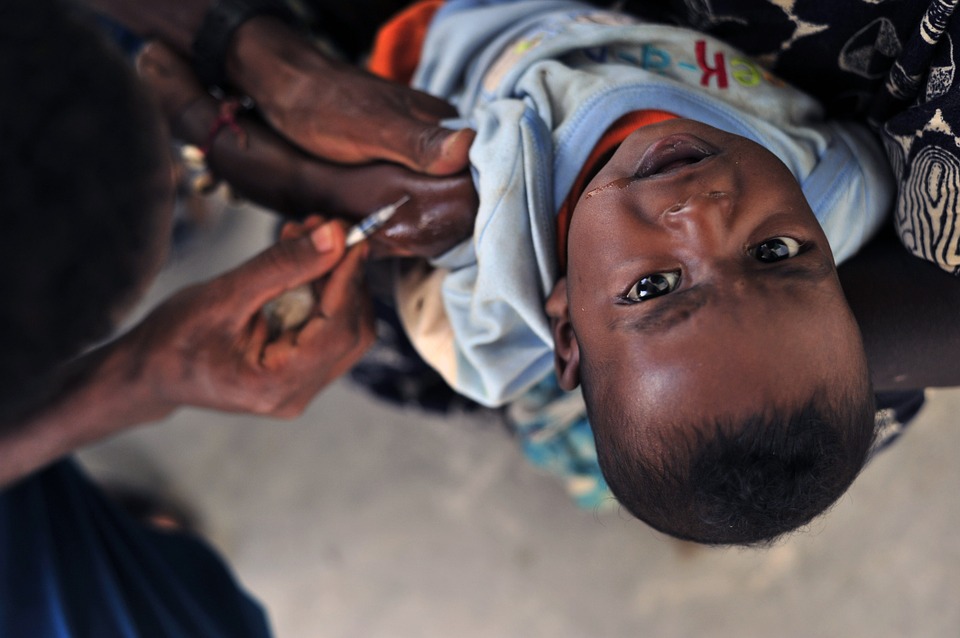 UNICEF, the World Health Organization (WHO), and partner organizations have been hard at work administering the polio vaccine to over 355,000 young Syrian children. This urgent immunization program has been undertaken in response to an outbreak of “vaccine-derived polio” in parts of Syria wracked by violence. While these healthcare workers certainly demonstrate compassion and bravery, especially considering the environment they are being forced to work in, it defies logic that inflicting more vaccines on Syrian children is the best response to an outbreak that was caused by vaccines in the first place.

The Rotary Organization explains that the response to such outbreaks is to immediately launch “supplementary immunization activities and field investigations” in both the affected and neighboring countries.

Rotary has pledged $1.2 billion to the polio vaccination effort.

To vaccinate every child in need, UNICEF ran an outreach campaign and provided the vaccines and essential cold chain equipment. WHO has trained more than 1,000 field volunteers, transported the vaccines to the conflict-affected area, and funded the implementation of the campaign.

“As of 18 August 2017, 33 children under the age of five have been paralyzed,” said Elizabeth Hoff, the representative for WHO in Syria. “The detection of the circulating vaccine derived polio virus type 2 (cVDPV2) cases demonstrates that disease surveillance systems are functional in Syria. Our priority now is to achieve the highest possible polio immunization coverage to stop the circulation of virus.” [Emphasis added]

So, with 33 children already paralyzed as a result of the use of polio vaccines, the response of the international health community is to rush to vaccinate as many more children as possible? How is that logical?

It is important to understand that there are two types of polioviruses: Vaccine-derived polioviruses (VDPVs) and wild polioviruses (WPVs). Of the three types of naturally-occurring WPVs, two have been totally eradicated worldwide, and the Centers for Disease Control and Prevention (CDC) confirms that in recent years, the only cases of the third type of WPV have been diagnosed in Afghanistan, Nigeria and Pakistan.

VDPVs, on the other hand, are not naturally occurring, and are caused by the weakened form of the live poliovirus contained in the polio vaccine. The vaccine is ingested, replicates in the vaccinated child’s gut, and is then excreted. In poor areas with insufficient sanitation measures, the virus can then spread to other vulnerable children. Even worse, as it circulates, the virus begins to mutate, and can eventually develop into a strain strong enough to cause paralysis. (Keep up with the latest information at Outbreak.news)

Rotary claims that “the risk posed by wild poliovirus is far greater than the risk of an outbreak caused by circulating vaccine-derived poliovirus.” However, this statement simply is not substantiated by the statistics of the disease.

According to Rotary’s own figures, there have only been six cases of wild poliovirus thus far in 2017, and there have been fewer cases in fewer areas this year than ever before. On the other hand, since 2005, there have been multiple vaccine-derived poliovirus outbreaks each year, with at least five current outbreaks being fought in Guinea, Laos, Madagascar, Myanmar, and the Ukraine – in addition to the latest outbreak in Syria. (Related: CDC reports sharp uptick in cases of mysterious polio-like illness paralyzing children.)

Madagascar has been fighting a VDPV outbreak since 2014, with a large number of cases widespread across the country.

In Guinea and Myanmar, at least one infected child has been diagnosed with a VDPV in each country.

In Laos, nine kids have been infected with a vaccine-derived strain of the poliovirus.

In the Ukraine, there have been at least two children infected by VDPVs in recent years.

And now, dozens of Syrian children have been damaged for life as a direct result of the polio vaccine.

Of course, healthcare workers, Big Pharma and the mainstream media have known for years that the polio vaccine causes polio – not that they’ve warned the public of the danger.

Last year, clinics around the world quietly set about destroying an older version of the polio vaccine, substituting it with a supposedly safer version. This global program involved the destruction of every single vial of the old vaccine across 155 countries.

NPR reported at the time:

Health workers have been taught to destroy the old vaccine by boiling it, incinerating it, even burying it in the ground.

Why? Because, as Robin Nandy, chief of immunization at UNICEF explained, “In very rare instances, the live vaccine virus can mutate and cause polio.” [Emphasis added]

Very rare instances? Then why the total worldwide shift away from the use of this vaccine? (Related: For reliable scientific information that you can trust, see Science.NaturalNews.com)

Of course, agencies like UNICEF insist that the replacement vaccine is totally safe, but then they were equally insistent that the old vaccine was safe, until … well … it wasn’t. And now 33 Syrian children, already traumatized by the violence in their country, are paralyzed for life.