Protect your brain from toxic metals with silicon-enhanced water, especially after vaccination 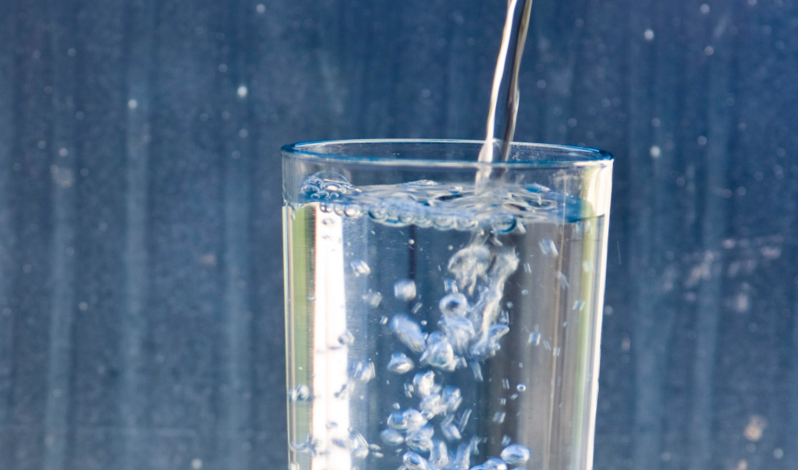 Could silicon-enhanced mineral water be the key to protecting your brain from the neurotoxic effects of aluminum? Professor Chris Exley, from Keele University, believes that may just be the case.

Professor Exley and his team have been investigating how effective silicon-fortified water is at removing aluminum from the body for the last decade, and their results have been nothing short of promising. There are many reasons why one should be concerned about aluminum; the toxic metal is found in many aspects of our environment including food, beverages and vaccines.

As Exley explains, because aluminum is so widespread in our environment, the potential for the metal to accumulate in our bodies is very real, especially in the brain.

Cleansing the body of a toxic metal

Professor Exley also reports that their recent research on silicon-infused water has shown that it can be beneficial to Alzheimer’s disease patients. The team found that consuming the water for 12 weeks helped to reduce aluminum levels and improve cognitive function.

Through extensive research, Professor Exley and his cohorts have found that drinking just one liter of silicon-enhanced water per day can provide serious relief, and help to speed up the body’s excretion of aluminum. Their studies have shown that drinking the fortified water can help to dramatically reduce the amount of aluminum burdening the body in just a matter of weeks. Over a 12-week period, reductions in aluminum even reached up to a 70 percent decrease in one individual.

According to Exley, the form of silicon is very important; soluble silicon, or silicic acid, is what the team used to produce their results. This form of silicon is capable of bonding with the aluminum present in the body to form hydroxy aluminosilicate. Exley writes, “This form of aluminium can be easily filtered from the blood by the kidney. Hence, silicon-rich mineral waters increase the excretion of aluminium in the urine.”

Aluminum: a neurotoxin in vaccines?

A growing number of people are becoming aware of, and concerned about, the presence of aluminum salts in vaccines. These ingredients are commonly used as “adjuvants” which are intended to make the vaccine more “effective” by provoking a stronger immune system response. It’s essentially the immunological equivalent of poking a beehive with a stick.

The negative effects of aluminum used in vaccines have been hinted at for over 20 years. As NVIC.org reports:

In 1996, the American Academy of Pediatrics issued a position paper on Aluminum Toxicity in Infants and Children which stated in the first paragraph, “Aluminum is now being implicated as interfering with a variety of cellular and metabolic processes in the nervous system and in other tissues.”

Research has repeatedly demonstrated that the metal is capable of neurotoxic effects, and some studies have even shown that it can cause Alzheimer’s disease. Even the CDC’s Agency For Toxic Substances and Disease Registry (ATSDR) reports that some research has shown the negative neurological effects of aluminum in humans but contends that the metal’s relationship to Alzheimer’s disease is “uncertain.” It’s worth noting that the ATSDR page on aluminum does not include injection as a route of exposure to the metal either.

A 2009 paper authored by researchers from the University of British Columbia questions the safety of aluminum used in vaccines for adjuvant purposes. The researchers state that there is a growing body of evidence that indicates aluminum adjuvants can “induce serious immunological disorders in humans.” The research team states that the risks of aluminum include autoimmune disease, long-term brain inflammation and associated neurological conditions.

In the abstract, the scientists declared, “In our opinion, the possibility that vaccine benefits may have been overrated and the risk of potential adverse effects underestimated, has not been rigorously evaluated in the medical and scientific community.”

In 2016, Professor Exley also published research indicative of the metal’s link to Alzheimer’s disease (AD) in the Journal of Trace Elements in Medicine and Biology. In the study of more than 100 human brains, Exley discovered that those with the highest amounts of aluminum were those brains belonging to people who had died of familial AD. His research suggests that the genetic predisposition for AD is linked to the accumulation of aluminum in the brain.

While Exley does not believe that aluminum is the only factor in the onset of AD, he does believe that it plays an important role that should be considered more seriously. And perhaps, this silicon water might be a key to prevention.