MEDICAL SHOCKER: Baby foreskin from circumcisions being used to manufacture vaccines that are injected into other babies 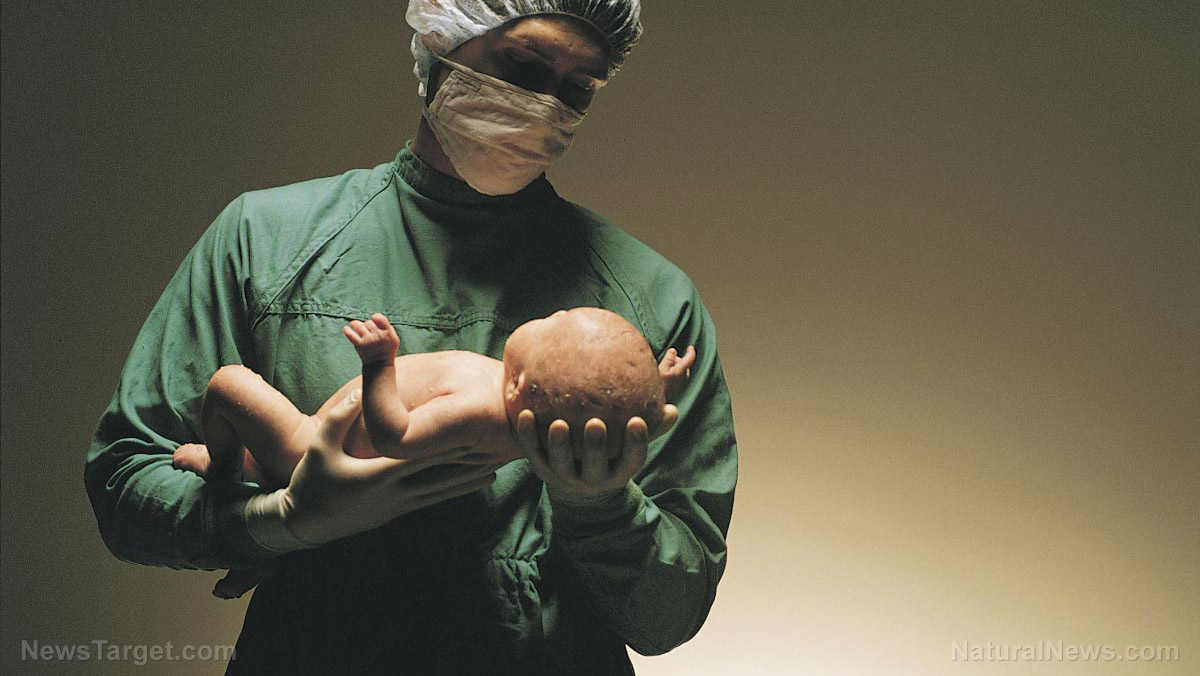 It seems like whenever we start thinking that the ugly truth about vaccines couldn’t get any worse, another dangerous or disgusting fact surfaces. One such fact that many parents are not aware of, is that the foreskins of babies who are circumcised are sometimes sold off to Big Pharma developers for the research and growth of vaccines. Hidden in the fine print of the consent forms that parents sign when they agree to having their baby boys circumcised, is permission for the foreskin to be sold to such companies. Of course, most of these parents would be appalled if they knew, as would the parents who allow their children to receive such vaccines.

All boys are born with a covering of skin over the head of their penis called a foreskin. For cultural, religious or perceived aesthetic or hygiene purposes, some parents choose to have this skin surgically removed; this procedure is known as circumcision.

Since the tissue of the foreskin is rich in human fibroblast and other cells, greedy pharmaceutical development giants are eager to snatch it up. These cells can be used to turn a “wild” microorganism found in nature into a modified version which can be used for vaccines.

Baby foreskins are used to research rubella, varicella and human papillomavirus (HPV) vaccines. They are used to make cytomegalovirus vaccines [vaccines to prevent or treat the cytomegalovirus], which is something pharmaceutical companies have been working on the last few decades. This vaccine is being created using foreskin cells and clinical trials have already begun. …

Researchers are also using foreskin to create a human telomerase reverse transcriptase (hTERT) immortalized cell line [hTERT involves combining the in vivo nature of primary cells with traditional cells’ ability to survive continuously in vitro] for use in vaccines.

The foreskins of circumcised babies are preferred to those of adult males, since their cells can survive for longer. (Related: Routine genital mutilation of infant boys questioned by concerned parents.)

Fortunately, more and more parents are choosing not to circumcise their boys. Surgical accidents are not uncommon, and even though circumcision is an incredibly common procedure – upwards of 65 percent of all baby boys born in the United States undergo this surgery – many parents do not understand the dangers and risks this procedure poses.

At least one baby boy dies in the United States every two days after being circumcised as the result of infection, trauma, blood loss or – possibly most distressing – their little lungs bursting from crying.

The trauma experienced by babies who undergo this procedure is so severe, in fact, that it can cause permanent brain damage. A research team led by Dr. Paul Tinari, Ph.D., of Kingston General Hospital in Ontario, Canada, analyzed the brain of a baby boy before and after circumcision using Magnetic Resonance Imaging (fMRI) and Positron Emission Tomography (PET). They determined that the procedure caused “significant trauma” and altered the boy’s limbic system, which includes the frontal and temporal lobes, as well as the amygdala.

A neurologist who examined the results concluded that the boy had suffered extreme trauma, and that his perception, reasoning and emotions were severely altered. When follow-up tests were conducted the next day, a week later and then a full month after surgery, the changes were still there, and the research team concluded that they were likely permanent; the little boy would never be the same again. (Related: Learn about other potentially harmful medical procedures at Medicine.news)

The potential for surgical error, death and extreme emotional trauma, combined with the likelihood that their baby boy’s foreskin could be sold to a pharmaceutical company – even if he dies – will likely have many parents reconsidering the decision to circumcise their boys.