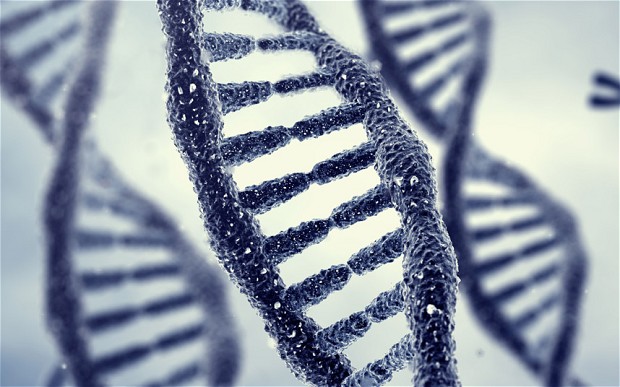 If there’s one thing that the pharmaceutical drug lords of our world are good at, it’s deflecting the blame whenever their poisons inevitably harm and kill people. And perhaps the biggest lie they want everyone to believe at all costs is that “faulty genes” are always responsible for any negative interactions, side effects, or adverse events that result from exposure to their legal narcotics – even when it’s completely obvious that genetics has nothing to do with it.

This institutionalized ignorance was on full display in an October 30, 2017, article published by Vox, in which a writer by the name of Julia Belluz tried to sound really professional in declaring that vaccines – which are loaded with autism-causing toxins – aren’t in any way associated with autism. It’s something that the establishment has been repeating over and over and over again ad nauseum ever since gastroenterologist Dr. Andrew Wakefield published a study in The Lancet journal simply explaining an association he observed between the MMR vaccine for measles, mumps, and rubella and autism symptoms in children.

This study was so impactful that many parents made the informed decision to forego the MMR vaccine for their children, which in turn sparked a mass triggering event of the medical and pharmaceutical establishments, both of which were threatened by the prospect of losing billions of dollars in profits. Ever since, Dr. Wakefield has had his reputation dragged through the mud, and the mainstream media has been in a tizzy trying to explain away why so many vaccinated children have autism these days – their latest tactics being to aggressively blame “genetic defects.”

Belluz’s Vox article being the perfect illustration of this, the medical mafia wants everyone to now believe that so-called “autism genetics” is the most likely cause of the current autism epidemic, and that nobody should ever worry about mercury-laden vaccines. By using science-y sounding terminology and interviewing alleged experts in the field, the hope is that a critical mass of the population will simply accept this as fact, even though it has absolutely no basis whatsoever in actual reality.

The way Belluz, in particular, mischaracterizes autism science is another frequently seen tactic, as she implies that the scientific “consensus” is in favor of the notion that environmental causes of autism are somehow overblown and overestimated, even though a substantial amount of published science actually contradicts this claim. In fact, several of the studies Belluz highlights in her hit piece against the vaccine-autism connection actually say the opposite of what she claims – though her readers would actually have to take the time to research the matter further in order to discover this.

“To be fair, Belluz’s discussion gives a nod to a ‘genes plus environment’ perspective on autism causation by acknowledging that an ‘underlying genetic predisposition or mutation’ generally needs to ‘collide’ with environmental triggers in order to give rise to ASD,” explains the World Mercury Project, which is dedicated to spreading awareness and truth about the dangers of mercury (thimerosal) in vaccines.

“However, Belluz characterizes the research on environmental risk factors for ASD as ‘blurry,’ ‘murky,’ ‘mixed’ and not ‘robust.’ Belluz also cites a study that, according to her, views shared genetic variants in families as ‘probably more important’ as an autism trigger than shared environments.”

Truth be told, it doesn’t take an extensive scientific background for a person with common sense to recognize that injecting the body with heavy metals, preservatives, aborted human fetal tissue, and all sorts of other dangerous chemicals is a recipe for health disaster. Read DangerousMedicine.com for more reporting on the health hazards of toxic medicine.