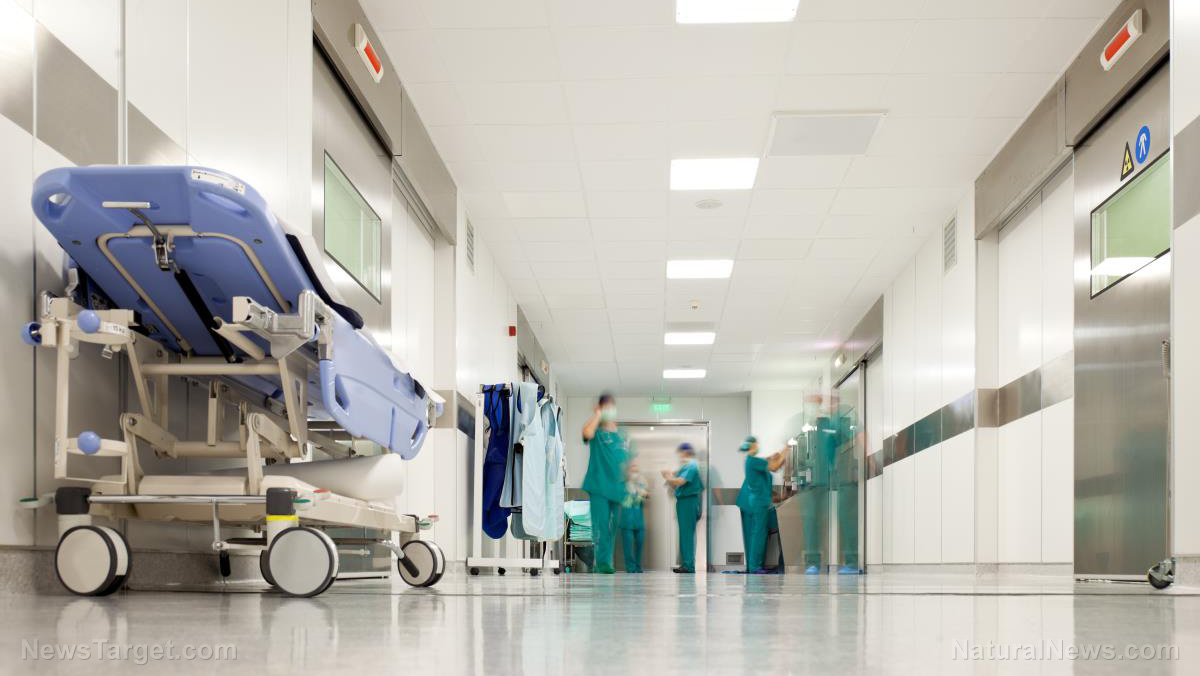 Horror stories of death and serious complications have been broadcast across most media outlets this flu season. Thousands of people, young and old, have been admitted to hospitals with severe complications after contracting the flu, and USA Today reported that as of 23 February, influenza had already claimed the lives of 97 children.

Most media outlets have zealously preached the message to “get out there and get your flu shot,” and thousands of unsuspecting readers have obediently done just that, not realizing that they were putting themselves in serious danger for a vaccine that has been proven to only provide 36 percent protection against this year’s prevailing flu strains.

One such unsuspecting reader was Joei Smith, a 33-year-old gym fanatic from Dallas, Texas, who describes himself as a “gym head,” who was very fit, healthy and who ate “extremely well.”

After hearing reports about the severity of this year’s flu outbreak, Smith decided to get the influenza vaccine. As the Daily Mail reported, the H3N2 strain which has ravaged the country this year is known to be particularly dangerous, and the medical community has advised that “the best approach is to be aware of the symptoms, stay clean, and get the flu shot.”

Smith did just that, and even scheduled a full physical days after getting the shot just to be on the safe side.

In spite of being given a clean bill of health, Smith says he started feeling weak and dizzy a few days later and had to leave work. When he didn’t feel any better at home, he called a friend, who rushed him to the urgent care section of a hospital in North Dallas.

It would seem Smith got there just in time, because he was diagnosed with the flu, sepsis, kidney failure and pneumonia. Doctors fought to stabilize him for three hours but warned him that they didn’t think he would survive more than one more day.

As a last-ditch attempt the doctors gave him blood pressure lowering medications which saved his life but caused other devastating problems.

The drugs caused reduced blood flow to his extremities, leaving him with blackened fingers and toes. Doctors amputated Smith’s fingers on the 7th of February, and removed his toes later in the month.

Smith is grateful to be alive, saying, “I’m just so fortunate, that I’m able to share my story. But at the same time, my heart hurts for those that didn’t make it.”

Perhaps he would be less grateful and more angry if he knew that this year’s flu shot is virtually useless and should never have been pushed on the public in the first place.

A number of factors aligned this flu season, including the fact that the vaccine against the main strain of the flu is particularly ineffective. A paper from Canadian scientists published last week suggests that the vaccine is only 17% effective against H3N2, the strain that’s causing 80% of flu infections. Worse, in those aged 20 to 64, it’s only 10% effective.

And yet, somehow, doctors and the mainstream media continue to push its use.

Even worse, the flu vaccine is not just useless; it’s also dangerous, and very likely weakened Smith’s incredibly healthy body, making him vulnerable to the very disease he was trying to prevent by getting the shot.

Dr. Suzanne Humphries, a respected nephrologist and vaccine expert, discussed this issue in an interview with Mike Adams, the Health Ranger and editor of Natural News. She explained:

“There’s one great study that showed that after you take an influenza vaccine, you are 4-5 times more likely to get either a different strain of influenza infection or a non-influenza viral infection that can be very nasty, like coxsackievirus and echovirus – they can actually paralyze you. They can be really nasty, nasty viruses … .”

So, getting the shot which only provides “protection” against the wrong strain of the virus makes people four to five times more susceptible to catching the strain that is circulating – a strain which has proven deadly this year.

The best way to beat the flu is to prevent it. Joei Smith would likely have been better off just keeping up his excellent health regimen. We wish him a speedy recovery. (Related: Don’t be gullible; get the true facts at Medicine.news.)