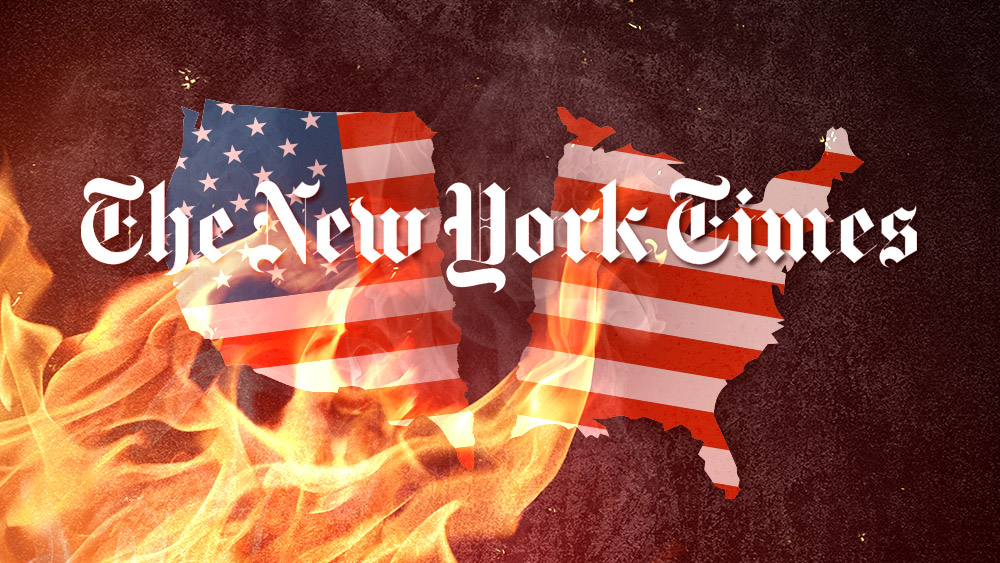 It will probably come as no big shock to Natural News readers that this past season’s flu shot was an abysmal failure – even more so than normal. But you’d never know this from reading a recent junk science piece published by The New York Times (NYT), which completely bastardized the findings of a Cochrane collaboration meta-analysis to claim that everyone should still get their annual influenza jab in order to promote “public health.”

Penned by Aaron E. Carroll, a professor of pediatrics at the Indiana University School of Medicine, the NYT article, entitled, “Why It’s Still Worth Getting a Flu Shot,” reads like your average vaccine industry propaganda pamphlet, complete with the usual shameless exploitation of actual science in order to make completely pseudoscientific claims about the “merits” of flu jabs.

In his propaganda piece, Carroll admits that last season’s flu shot was improperly matched to the circulating flu strain, which means it didn’t help anybody, and likely harmed many. But because flu shots in general are so amazingly safe, in Carroll’s view – this baseless claim underpinning the premise of all that follows in his article – there’s simply no reason not to get one.

After getting that out of the way, Carroll proceeds to cite two studies published in the prestigious Cochrane database that he says support of his claim that flu shots are 100 percent safe and effective, always. But the reality is that neither of the two studies Carroll cited actually support this claim because he completely misrepresented their findings in his article – something that the NYT clearly had no issue with, seeing as how it was shamelessly complicit in publishing it.

The one study, as explained by Jeremy R. Hammond in a full breakdown of Carroll’s junk science article that was published by the World Mercury Project, actually revealed that the supposed benefits of the flu shot are basically nil. The second arrived at similar conclusions, explaining rather clearly that there is “no evidence that vaccines prevent viral transmission of complications.”

But Carroll obviously came to his own private conclusions when declaring that flu shots provide “a big payoff in public health.” Besides completely misconstruing of the actual numbers that were published in both studies, revealing that he likely didn’t even read them, Carroll proceeded to cherry pick only the pieces of out-of-context data that suited his agenda, publishing his own declarations about what the studies purportedly found.

“… it is curious why Carroll would cite the estimated effectiveness of the vaccine ‘under ideal conditions’ – which is to say when the vaccine completely matches the circulating virus – in order to support his argument that it’s worth getting even in poorly matched years,” Hammond points out in his damning critique.

“Why didn’t he instead cite the study’s more relevant estimate of vaccine effectiveness under ‘average conditions,’ when the vaccine only partially matches the circulating strains? … The most obvious answer is that relaying the review’s finding that ‘100 people need to be vaccinated to avoid one set of influenza symptoms’ would be counterproductive to his purpose.”

It’s the same type of thing that VICE recently did with its publishing of an article claiming that science has concluded that everyone is secretly bisexual. In this particular case, VICE cited a study that actually only found that lesbian women are attracted to other women, but contorted this matter-of-fact “discovery” to claim that everyone falls somewhere on a “sexuality spectrum,” and nobody is actually “straight.”

The latest news on mainstream media and government propaganda is available at Propaganda.news.