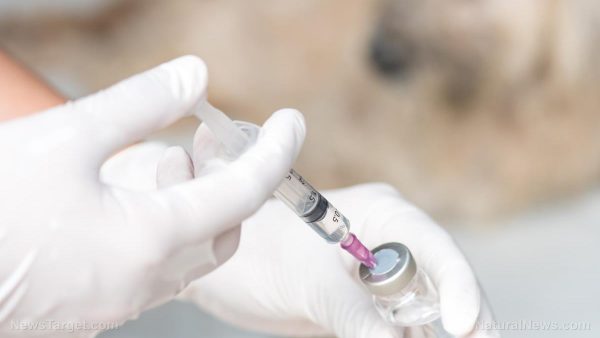 Much of the “positive” research out there suggesting that all vaccines are completely safe and effective is inherently flawed, unreliable, or flat-out falsified, an investigative report conducted by Slate has revealed. But many mainstream news outlets like Salon, The Huffington Post, and The Daily Beast, even Slate itself, are notorious for covering up this truth as they blatantly lie to readers about the “merits” of vaccines.

That’s because there’s a whole lot of cash flowing between Big Pharma and these corporate media outlets, which are essentially bribed into blocking all independent research that depicts anything “negative” about vaccines. Even though it might help parents make smarter and more informed decisions about vaccines for their children, the shill media actively censors it in order to keep vaccination rates at the highest possible levels.

“Motivated by this noble purpose, the liberal media – the supposed antidote to corporate and government power – has helped insulate from scrutiny the burgeoning vaccine industry and its two regulators, the U.S. Food and Drug Administration (FDA) and Center for Disease Control and Prevention (CDC).”

What’s interesting is that many of these media outlets, and the leftists who read them, fully understand that Big Pharma is a corrupt entity that’s enabled by the U.S. Food and Drug Administration (FDA) to sell chemical poisons that kill people – and that this is something that needs to be actively fought in the interest of public health.

But when it comes to vaccines, these same liberals eat up all the industry propaganda hook, line, and sinker without a second thought. It’s quite illogical, especially when you consider that drug companies have paid out billions of dollars in settlement money in recent years over lawsuits pertaining to injuries and deaths caused by FDA-approved drugs.

One of the biggest and most well-known settlements was the $5 billion forked out by Merck & Co. for injuries caused by its Vioxx drug, which harmed at least 100,000 patients. Bristol Meyers Squibb similarly paid out $515 million in settlements for illicitly marketing its Ability drug to seniors who can die from taking it. Pfizer has also had to fork over nearly $1 billion in fines for illegally marketing both Celebrex and Bextra.

And who could forget the ongoing opioid crisis, which just in the year 2016 killed more Americans than those who died during the 20 years of the Vietnam War. Many liberals are well aware of these crimes against humanity – perhaps more so than many conservatives – and yet they routinely fail to hold vaccine companies accountable for imposing similar harm on the public with deadly vaccines.

“What … makes liberals think that these same companies are immune from similar temptations when it comes to vaccines?” asks Kennedy Jr. “There is plenty of evidence that they are not. Merck, the world’s largest vaccine maker, is currently fighting multiple lawsuits, brought by its own scientists, claiming that the company forced them to falsify efficacy data for its MMR vaccine.”

Even in Slate‘s most recent exposé, no mention is made of the active collusion between Big Pharma and the FDA. The FDA engages in the same scientific corruption to approve vaccines for public use as it does to approve pharmaceuticals for public use. And yet somehow we’re all supposed to believe that there are higher standards in place for vaccine safety and effectiveness?