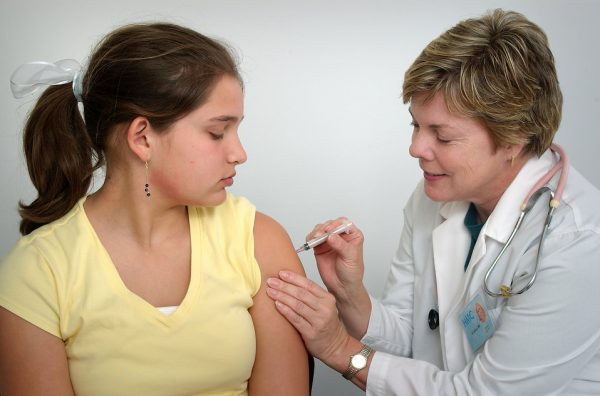 The more “progressive” end of the mainstream media spectrum has admittedly done a much better job than the conservative side at exposing the corruption of Big Pharma and the deadly chemical poisons that it calls “medicine.” But what’s oddly disturbing is that many of these same left-leaning media outlets more often than not push a completely different narrative when it comes to Big Pharma’s vaccines, insisting that they’re completely safe and effective and shouldn’t be questioned.

In an in-depth report he recently wrote that was published by CommonDreams.com, vaccine truth advocate Robert F. Kennedy Jr. openly calls out media outlets like Slate, The Daily Beast, The Huffington Post, Salon, and many others for their routine censorship of any and all scientific research that’s even remotely critical of vaccines – all the while offering up honest criticism of pharmaceuticals.

Kennedy Jr. points to a recent investigative report published by Slate as an anomaly since it blows the lid on the “flawed” and “unreliable” pre-licensing safety studies that were published by Merck & Co. in support of its infamous human papillomavirus (HPV) vaccine known as Gardasil. Slate reveals how Merck knowingly submitted to government regulators what can only be described as fake “science,” which served as backing for the approval of this dangerous vaccine that’s harmed and killed thousands of children.

Slate apparently deviated from its normal protocol of covering up the vaccine industry’s procuration of fake “science” in support of vaccines, which serves as the basis for the inclusion of these in the ever-expanding childhood vaccination schedule. It would be something worth commending, were it not for Slate‘s long-standing commitment to publishing the exact opposite for most of its existence, leading many of its readers to falsely believe that vaccine as “science-based medicine.”

And much worse are the many other left-leaning news outlets out there that continue to pull the wool over their readers’ eyes when it comes to the dirty truth surrounding the vaccine industry and the way it pushes its chemical-laden jabs onto the public. There’s an utter lack of honest inquiry into the matter by news outlets that are otherwise critical of Big Pharma, in other words, which has left Kennedy Jr. and others scratching their heads.

“The absence of critical attention to this exploding industry by liberal online sites is particularly troubling since pharma, using strategic investments, has effectively sidelined, not just Congress, lawyers and courts, but virtually all of our democracy’s usual public health sentinels,” notes Kennedy Jr.

The FDA is basically a public relations extension of the vaccine industry, serving drug industry interests rather than public safety

Part of the problem is that the U.S. Food and Drug Administration (FDA) basically operates as an extension of the vaccine industry. While pretending to be a watchdog serving the interests of the general public, the FDA functions as a rubber stamp agency for Big Vaccine, even creating legal loopholes through which more vaccines can receive government approval without the necessary safety studies.

“FDA’s choice to classify vaccine makers as ‘biologics’ rather than ‘drugs’ opened a regulatory loophole that allows vaccines to evade any meaningful safety testing,” explains Kennedy Jr. about how this corrupt system operates.

“Instead of the multi-year double-blind inert placebo studies – the gold standard of safety science – that the FDA requires prior to licensing other medications, most vaccines now on the CDC’s recommended childhood vaccine schedule were safety tested for only a few days or weeks.”

For more news on the corruption of the vaccine industry and its allies in government, visit Vaccines.news.