The medico-ethical implications of new science technologies, from embryo cloning to biopharming 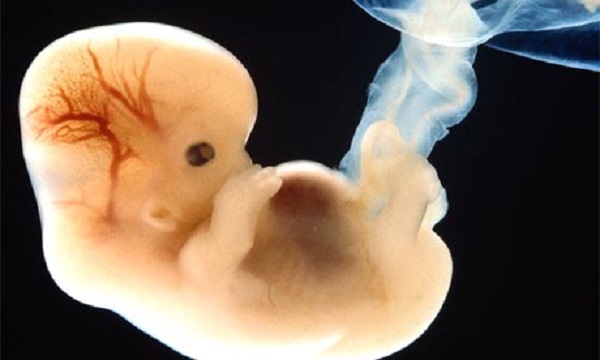 Albert Einstein once said, “Technological progress is like an axe in the hands of a pathological criminal.” This is a man who many consider to be the world’s greatest inventor, and who long ago denounced the so-called “technological imperative,” or the idea that if something can be done then it always should be done – and for good reason.

Einstein recognized, even way back before genetically-modified organisms (GMOs) even existed, that the tunnel vision push towards “progress” at all costs could, and more than likely would, spiral into an out-of-control effort to basically reinvent nature and make it “better.” And, oh how right he was.

In 2018, efforts to bio-engineer pretty much everything have never been so strong. Transgenic species have been released into the wild, forever changing the biological makeup of our natural environment; vaccines are being injected into young children, exposing them to all sorts of GMOs and chemical material; and even the human brain is being toyed with at the genetic level to create “improved” humans.

This Pandora’s box of “progress” has created an irreversible paradigm of what you might call trans-speciesism. “Mad” scientists everywhere have decided that nature is defective, and that it’s basically their job to “fix” all of its problems, one genetic engineering program at a time.

“Once we have crossed a certain line – be it theft, lying, or worse, etc., – it is difficult, if not impossible to ‘go back’ and regain our innocence. Such is the human condition,” writes Sayer Ji for GreenMedInfo.com.

“And this is why we must carefully consider the medico-ethical implications of new technologies, whose developments we must first be aware of in order to guide, regulate and sometimes terminate.”

The average American would probably laugh when presented with the suggestion that cannibalism is still alive and well in 2018 – but it’s true. Childhood vaccination, which represents yet another attempt by mankind to “improve” upon nature, is medically sanctioned cannibalism in perhaps its most sinister form.

As we previously reported, childhood vaccines are loaded with ingredients that aren’t in any way natural, and some of which are derived from unborn babies who were aborted before they had the chance to breathe their first breath of air.

“A good portion of the CDC’s immunization schedule requires the use of these human fetus-originated vaccines, and these include: rubella, measles, mumps, rabies, polio, smallpox, hepatitis A, chickenpox, and herpes zoster,” writes Ji about the cannibalistic nature of childhood vaccines.

Most people don’t even know that this is happening, falsely believing that the average vaccine simply contains the biological remnants of the disease for which it’s supposedly designed to confer immunity. Many people are also unaware of how human cloning is also taking place in the name of “progressive science,” despite its severe ethical and moral implications.

In an article he published back in 2000, Ben Mitchell, Ph.D., reflects on the pro-cloning movement and how its advocates claim that it has the potential “to save hundreds of lives,” even going so far as to claim that there’s “a moral imperative to do it.”

“[C]reating a human being for the purposes of killing that person for another human being’s health, sounds an awfully lot like cannibalism, only worse,” argued Mitchell in response, pointing out how the entire concept is both uncivilized and barbaric.

For more news on food, medicine, and the many other life essentials that are being “weaponized” in the name of “progress,” be sure to check out ChemicalViolence.news.