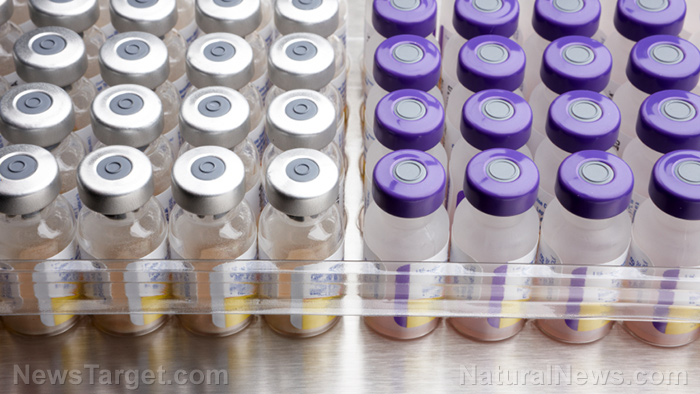 Any medical doctor who claims it is safe to inject foreign animal proteins into a living human’s muscle tissue is lying. It’s actually very dangerous and can cause severe allergic reactions and auto-immune disorders. Still, many vaccines today, including the “nasal flu” vaccines, contain viral-infected animal tissue and bacteria-infected cells from dogs, pigs, chickens, cows and calves, eagles, African green monkeys, and yes, human abortions. Then there’s gelatin, which is reduced (think extremely boiled down) animal hides, muscles, cartilage, hooves, hides and other body parts that can’t be sold as “meat.”

In England, every child between the age of 2 and 10 is “expected” to get the nasal flu vaccine, as it’s part of the government’s efforts to sicken the masses for short-and-long-term pharma profits, just like in the U.S.A. Muslims in England are objecting to this insane practice and declare it is not permissible (or “halal”) by their religious practices according to Islamic law (not to mention it’s highly unnatural).

The word is coming from Muslim medics and scholars, and they’re not the only intelligent people in the world who KNOW that most vaccines contain dangerous and experimental ingredients that come from the sickest animals on planet Earth – animals that eat genetically modified food organisms, are injected with antibiotics and synthetic hormones, are abused and tortured, and slaughtered inhumanely for food and vaccines.

Filthy, diseased CAFO animals are turned into gelatin for vaccines

You want clean vaccines? You won’t find them anywhere. You can ask for them, and you might get a “preservative-free” vaccine, or one without pork gelatin, but it won’t be clean – not by a long shot (pardon the pun). The flu propagandists will lie and tell you, anyway, that the gelatin-free vaccines are “less effective” to try to talk you into the “sickness” that comes from getting flu vaccines, whether injected, nasal sprayed, or “preservative free.”

Medical doctors around the world use every excuse in the book to justify any and every foreign ingredient, heavy metal toxin, antibiotic, and deadly animal virus to convince their patients that all vaccines are always “safe and effective,” and that any “risk is worth the benefit.” Again, they’re either lying or they’ve been conned themselves, by some rogue pharma medical association and the goons and ghouls that run the entire vaccine manufacturing racket.

Are you vegetarian or vegan? You don’t have to be Amish, Jewish, Buddhist or Hindu to want to keep dangerous beef derivatives and deadly swine viruses (think Circovirus in the Rotavirus vax here) out of your blood and cleansing organs. Vaccines typically contain some form of infected gelatin that also contains genetically modified organisms. Porcine (pig) and bovine (cow) parts are the most popular kinds and are used to keep vaccines from getting damaged by heat or freeze-drying lab techniques.

There are plant-based derivatives that the entire vaccine industry could use instead of these dangerous foreign animal proteins and reduced body parts. Why don’t they? Well, that answer is simple. Vaccines are not really meant to prevent humans from catching diseases or spreading them.

The main goal of vaccines is to create long-term health detriment for one of the most secretive, powerful and lucrative industries on the planet. There are alternatives to mercury as a preservative, but mercury is cheap and again, the mission is NOT about safety and efficacy. Therein lies “the rub” – and we’re not talking about the rub when the nurse rubs an alcohol-soaked cotton ball on your child’s arm before injecting known neurotoxins and carcinogens.

Tune in to Vaccines.news to find out about that time the CDC had nearly 100,000 Americans purposely injected with cancer. Yeah, that happened.