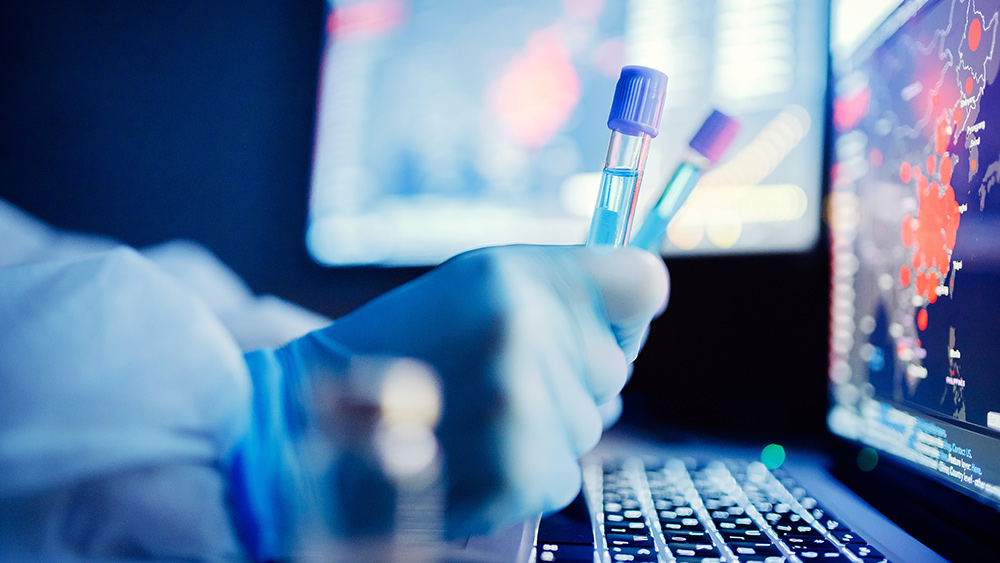 Simply put, virtually no healthy person — vaccinated or unvaccinated — should be tested for the Wuhan Virus.  To a large extent, Wuhan Virus testing has become like the masks: a weapon with which to harass those who refuse to bow to their vaccine overlords.  In places like California, widespread Wuhan Virus testing is a reminder that Democrats do not intend to give up easily their “emergency” powers over everyday citizens.

The Atlanta Braves won the 2021 World Series.  Slugger Jorge Soler — who hit the mammoth Series-deciding home run in Game 6 — was the World Series MVP.  You may not be aware that, due to Wuhan Virus testing, Soler was kept off of the Braves’ roster for most of the National League Championship Series (NLCS).

Soler was actually removed from the Braves’ team in Game 4 of the National League Division Series against the Milwaukee Brewers.  He did not play at all in the NLCS until the final game (Game 6).  MLB.com’s reporting on the matter is telling:

Having been on the COVID-19 injured list for the decisive game of the National League Division Series and a majority of the NL Championship Series, Jorge Soler wishes he had been vaccinated.

“I feel way different now,” Soler said with Braves special representative Eddie Perez serving as his interpreter. “I feel bad about it, and I’m going to get a shot as soon as I can.”

Because Soler wasn’t vaccinated, he was still subject to regular testing, even when he was not showing any symptoms. This led to him testing positive on Oct. 12, a few hours before the Braves played the decisive Game 4 of their NLDS against the Brewers.

Soler had to leave the stadium immediately and remain away from the team for at least 10 days. The veteran outfielder remained asymptomatic throughout this stretch and was added back to Atlanta’s roster on Thursday, when he was cleared by MLB’s Joint Committee to return from the COVID-19-related injured list.

In other words, like so many other organizations that have partnered with — or at least sold out to — the COVID tyrants, MLB’s vaccine authoritarianism worked on Jorge Soler.  In addition, no doubt a message was sent to what few vaccine holdouts remain in MLB: “If you don’t toe our vaccine line, we’ll keep you from playing in even the biggest of games.”

This could’ve proven disastrous for the Atlanta Braves.  As a lifelong fan of the Braves, I’m thankful it didn’t.  Note also that Soler — like countless others who’ve “tested positive” — was never actually sick.  What’s more, even if he had been actually sick, at an extremely healthy 29 years old, Soler is in virtually zero danger from the Wuhan Virus.

Though a bit older (37), the latter conclusion also applies to NFL quarterback Aaron Rodgers.  It seems Rodgers did get somewhat sick as a result of contracting the Wuhan Virus, but it appears he was never seriously ill.  It sounds as though Rodgers will be back on the field sooner rather than later.  There’s no way anyone with a serious illness would be back playing in the physically rigorous games of the NFL only days after his recovery.  And notice that we saw a lot more of Rodgers during his illness than we did of California governor Gavin Newsom after he received his COVID booster.

Foolish COVID-19 testing policies were likely the cause of an embarrassing loss for the University of California football team.  On November 7, Cal lost 10-3 to the University of Arizona, who, prior to this victory, had lost 20 straight.  Cal had to play the game without 24 players and five assistant coaches.  The L.A. Times reported:

[Cal] Coach Justin Wilcox was visibly frustrated during his postgame news conference addressing the impact his limited roster had on his team’s chance of beating Arizona. Quarterback Chase Garbers, who missed the game, posted a message on Twitter on Monday complaining about testing that was conducted by the city and university even though no local ordinances mandated such enforcement for fully vaccinated players showing no COVID symptoms.

Their frustration continues as the California football team has had to postpone a game with USC because of “COVID-19 cases.”  More accurately, they canceled because now 44 players have “tested positive” for the Wuhan Virus.  Again, it seems that almost no one is actually sick.

What’s more, Cal’s football team has a “99% vaccination rate among players.”  Thus, the vast majority of Cal’s players who “tested positive” for the Wuhan Virus were vaccinated against it!  University of California disease expert Dr. Monica Gandhi says “the big fail” here is that vaccinated, asymptomatic players were ever tested at all.  She told the CBS affiliate in San Francisco:

I have zero panic whatsoever as a public health person, as an infectious disease doctor, of 44 healthy people who are fully vaccinated who may have a little virus in their nose on a highly sensitive test,” Gandhi told KPIX 5 Wednesday. “It is not an outbreak, it does not mean they got sick, and it does not mean the vaccines don’t work. It means that our public health strategy in this case was off and they were doing mass testing of people who didn’t need it.

The real “big fail” here is the idea that the young and healthy need widespread vaccination, testing, or masking.  Another “big fail” is the left’s complete lack of acknowledgment of natural immunity when it comes to the Wuhan Virus.  (With his natural immunity, Aaron Rodgers is now more protected than any vaccinated athlete.)  Over two months ago, I warned the college football world against the widespread Wuhan Virus testing — and subsequent “contact tracing” — of healthy collegiate athletes.  The only reasons to continue widespread testing for the Wuhan Virus are to punish the unvaccinated and to perpetuate the false notion that COVID-19 is still a serious threat to America.