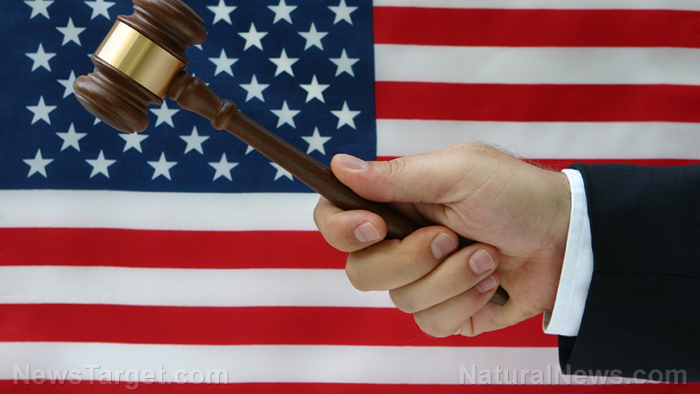 In response to a multi-state lawsuit led in Missouri, U.S. District Judge Matthew Schelp ruled that health care workers in 10 states who are employed at federally funded health care clinics cannot be forced to get injected against their will, nor can they be fired for their rejection of the shots.

Doughty’s ruling pertained to a lawsuit led by Republican Louisiana Attorney General Jeff Landry, which was joined by 13 other states.

“If the executive branch is allowed to usurp the power of the legislative branch to make laws, two of the three powers conferred by our Constitution would be in the same hands,” Doughty wrote.

“If human nature and history teach anything, it is that civil liberties face grave risks when governments proclaim indefinite states of emergency.”

Landry praised the ruling, slamming Biden for “villainiz[ing] our healthcare heroes with his ‘jab or job’ edicts.”

“While our fight is far from over, I am pleased the Court granted preliminary relief against the President’s unconstitutional and immoral attack on not only our healthcare workers but also the access to healthcare services for our poor and elderly,” Landry added.

“I will see this case through to the end – fighting every step of the way to prevent the federal government from imposing medical tyranny on our citizens and turning last year’s healthcare heroes into this year’s unemployed.”

Keep in mind that these injunctions only apply to employees, volunteers, and third-party contractors working at fifteen types of health care facilities. It does not apply all across the board.

“Congress did not grant CMS authority to mandate the vaccine,” Schelp wrote. “Plaintiffs are likely to succeed in their argument that Congress has not provided CMS the authority to enact the regulation at issue here.”

“Because this mandate significantly alters the balance between federal and state power, only a clear authorization from Congress would empower CMS. In the absence of a clear indication that Congress intended for CMS to invoke such significant authority, the Court will not infer congressional intent.”

“According to CMS, the effectiveness of the vaccine to prevent disease transmission by those vaccinated is not currently known, what is known based on the evidence before the Court is that the mandate will have a crippling effect on a significant number of healthcare facilities in Plaintiffs’ states, especially in rural areas, services (resulting in no medical care at all in some instances), and jeopardize the lives of numerous vulnerable citizens,” Schelp further wrote.

“The prevalent, tangible, and irremediable impact of the mandate tips the balance of equities in favor of a preliminary injunction.”

No matter how you look at it, Biden’s jab mandate is unconstitutional in that it represents an unlawful executive power grab. Not only that, but it violates the individual rights of Americans to choose which medicines to put inside their bodies without government interference.

“If politicians and bureaucrats are allowed to brazenly ignore the constitutional limits on their power whenever they please, we no longer live in a free society,” warns Michael Farris, president of the Alliance Defending Freedom.

More of the latest news about Wuhan coronavirus (Covid-19) injection tyranny can be found at Fascism.news.