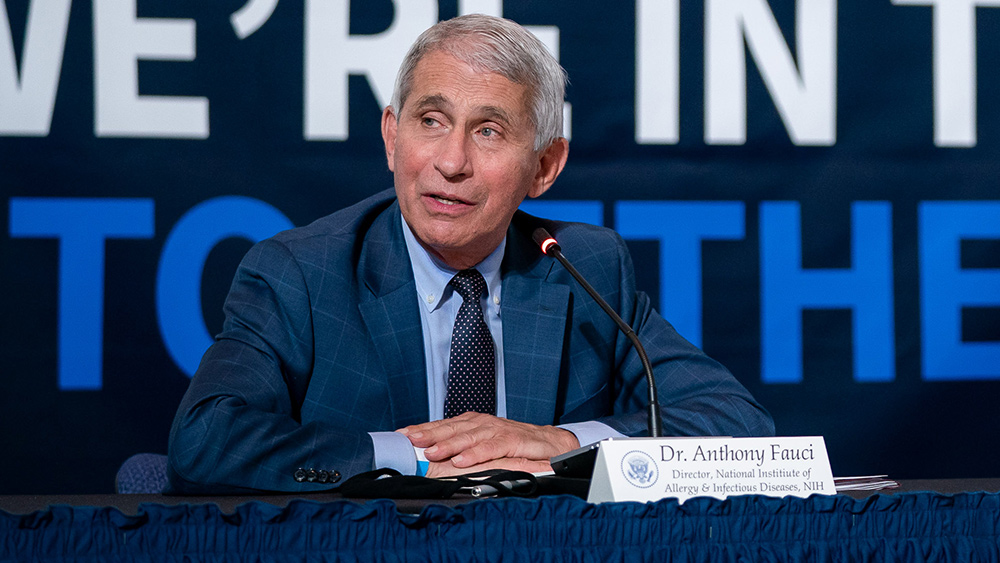 We’re facing the greatest battle of our lifetimes, possibly of all time, according to Robert F. Kennedy Jr. in this riveting interview with James Corbett.1 I urge you to set aside 60 minutes to watch it in its entirety, as it succinctly sums up the coalition of sinister forces — intelligence agencies, pharmaceutical companies, social media titans, medical bureaucracies, mainstream media and the military — that are using a health crisis to impose totalitarian control worldwide.

You can find all of the details in Kennedy’s bestselling book, “The Real Anthony Fauci,” which contains more than 2,200 footnotes backing up its data. The truth is, Fauci, the director of the National Institute of Allergy and Infectious Diseases (NIAID) — part of the U.S. National Institutes of Health (NIH) — isn’t acting alone.

But he’s become the prominent face of the medical cartel and medical technocracy that is wrapped up in obliterating constitutional rights globally. And, as an authoritative medical figure and trusted adviser to six presidents, Fauci’s words are treated as gospel, despite the atrocities he’s committed.

The NIH, meanwhile, owns thousands of pharmaceutical patents, and the U.S. Centers for Disease Control and Prevention spends $4.9 billion a year out of its $12 billion budget buying and distributing vaccines. “It is the biggest vaccine company in the world,” Kennedy says. The NIH actually owns half the patent for Moderna’s COVID-19 injection, which means that if the shot is approved and/or mandated, it will make billions of dollars as a result.

“Tony Fauci was able to choose, to designate, four of his high-level employees who each get individual patent shares,” Kennedy explained. “They will collect $150,000 a year for life if the Moderna vaccine is approved, which it has been.”3 Fauci’s agency, the NIAID, in particular, no longer looks out for public health — and Fauci doesn’t either; his priority is pharmaceutical promotion.

How Rockefeller Took Control of the Medical School System

One of the important parts of Kennedy’s new book is exposing the connection of Fauci to Bill Gates and helping uncover how Gates patterned his strategy after Rockefeller. The information was so compelling that I had my team create the video above to put together the facts in the book into an easy-to-watch video so you can digest the material more easily.

Big Pharma’s infiltration of regulatory and public health agencies goes back more than 100 years to the creation of the Rockefeller Foundation in 1913. Just two years earlier, John Rockefeller’s Standard Oil Company had been ruled an unreasonable monopoly and split into 34 companies, which became Exxon, Mobil, Chevron, Amoco, Marathon and others.

The breakup only served to increase Rockefeller’s wealth, however, and the foundation he created under his named was deemed “a menace to the future political and economic welfare of the nation.”

The Foundation, in partnership with Andrew Carnegie and educator Abraham Flexner, then set out to centralize U.S. medical schooling, orienting it to the “germ theory” of disease, which states that germs are solely responsible for disease and necessitates the use of pharmaceuticals to target said germs.

With that narrative in hand, Rockefeller financed the campaign to consolidate mainstream medicine, adopt the philosophies of the growing pharmaceutical industry and shutter its competition.

Rockefeller’s crusade caused the closure of more than half of U.S. medical schools, fostered public and press scorn for homeopathy, osteopathy, chiropractic, nutritional, holistic, functional, integrative and natural medicines, and led to the incarceration of many practicing physicians.

In 1984, when Fauci was appointed director of NIAID, 11.8% of Americans had a chronic disease. Contrast that to today, when 54% are now suffering from chronic illness.4 Fauci doesn’t talk about this public health failure — at least not publicly — but as Kennedy noted, it was Fauci’s job to figure out why autism, allergies and so many other diseases have increased, identify the toxins causing them and eliminate them.

“Fauci could have prevented the whole thing,” Kennedy noted, referring to the epidemic of chronic diseases now plaguing Americans, but instead of running a true public health agency he turned it into an incubator for pharmaceutical products. According to Kennedy, between 2009 and 2016, 240 new drug products were approved by the FDA, and all of them came from Fauci.

“He has a $6.1 billion budget that he distributes to colleges and universities to do drug research for various diseases,” Kennedy said. “He has another $1.7 billion that comes from the military to do bioweapons research, and that is why he had to do the gain of function … He was locked into that; 68% of his personal salary comes from doing military/bioweapons research that used to be called ‘dual use.’”5

Dual use research is so named because it involves research on select agents and toxins that could either benefit society or destroy it, depending on whether or not it falls into the wrong hands. Fauci specifically spoke about dual use research of concern (DURC), which involves 15 potentially deadly pathogens like smallpox and Ebola virus, at a hearing before the Committee on Homeland Security and Governmental Affairs at the U.S. Senate, held April 26, 2012.6

DURC involves seven categories of research experiments, according to the CDC, which includes gain of function (GOF) and which may enhance the harmful consequences of the agent or toxin, among others.7 Because GOF and DURC can be used to make pathogens more readily able to infect humans, they pose major biosecurity risks.

After the 2001 anthrax attacks, the CIA began pouring money into bioweapons research. The Pentagon was nervous about conducting such studies because it was prohibited, so cohorts funneled money to Fauci to do it, Kennedy said. Because he called it dual use “vaccine research,” it was allowed to continue.

Another moratorium was placed on U.S.-funded GOF research in October 2014, after a string of concerning events, including publication of controversial GOF studies and high-profile “incidents” at U.S. biocontainment laboratories, led to more than 300 scientists launching a petition calling for an end to GOF research.8

That moratorium was lifted in December 2017,9 but in the meantime Fauci continued his controversial research by funneling money to the Wuhan lab in China, partnering with Chinese military scientists, and teaching them how to take bat coronaviruses and make them transmissible to human beings.

“Fauci was giving them millions and millions of dollars,” Kennedy said, “but the biggest contributor was the CIA, and the Pentagon through DARPA.” The three were all working in tandem, teaching the Chinese how to weaponize bat viruses.

Fauci’s sordid past goes back to the AIDS crisis, which is now being used as a template for what’s happening during COVID-19, and the fabrication of past pandemics, including Zika virus, for the purpose of selling pharmaceuticals and advancing totalitarian control.

One of the most atrocious acts, however, included barbaric and illegal experiments that the NIAID conducted on children, testing pharmaceuticals. Fauci “got control of foster homes in seven states and turned pharmaceutical companies loose on these children,” Kennedy said.

The children who refused or were noncompliant were sent to Columbia Hospital and had feeding tubes installed in them so the drug companies could administer the drugs even when the kids fought back. At least 85 of these kids died during the experiments.”10

A graveyard was found in Hawthorne, New York, with a pit covered by an Astroturf carpet that had hundreds of tiny coffins piled up with the bodies of these children inside, Kennedy said. “After New York, he took that roadshow to Africa and ended up killing many pregnant mothers and getting away with it.”

Waking up to Fauci’s façade is necessary to understand the orchestrated planned use of pandemics to clamp down totalitarian control. One sign of the ensuing control is the deep involvement of intelligence agencies in the pandemic process, even though they’re not health agencies. Kennedy explains:11

“The intelligence agencies and health agencies have developed these extraordinary techniques for using fear to disable critical thinking. If you look at the whole rationale behind this pandemic, all of these rationales collapse.

Why are we mandating vaccines that don’t prevent transmission? What is the possible reason? That’s just one of many absurdities of what we’re doing today. But people who are subsumed in the orthodoxy, which is the product of orchestrated fear, misinformation and propaganda, need to be woken up.”

He references the now-infamous experiment conducted by Yale University psychologist Stanley Milgram in 1962, during which he tested the limits of human obedience to authority. The Milgram experiment was conducted following the trial of Nazi Adolf Eichmann, who used the Nuremberg defense, or “befehl ist befehl,” which translates to “an order is an order.”

The Milgram experiment clearly showed that people would act against their own judgment and harm another person to extreme lengths simply because they were told to do so.12 What does this mean for the future, if people blindly obey and submit to totalitarian control? Kennedy said:13

“I think this is historical jeopardy to humanity that we’ve never seen before. You know, the black plague and WWII are arguably rivals for it. But I would argue that this is the worst thing that has ever happened to humanity because the essential ambition of the totalitarian state is to control, not just conduct, but self-expression and thought.

And for the first time in history, because of the technological revolution, the capacity for totalitarian forces to literally control every aspect of human expression and even human thought is now unprecedented.”

Waking Up to the Truth

In China, a vast array of facial recognition technology that claims to be able to read guilt on a person from a distance has reportedly already been deployed. “This is precrime,” Kennedy says, like the movie “Minority Report.” In such a technocratic world, however — unlike at any point in history — there’s nowhere to run, and nowhere to hide:14

“In Hitler’s time you could run for the border, and there were ways that a certain number of people were going to escape. They were going to regroup and there was opposition from other countries.

“I would say this is Armageddon,” Kennedy said. “This is the apocalyptical forces of ignorance and greed and totalitarianism. This is the final battle. We need to win this one,” and the first step to doing so is waking up to the truth. 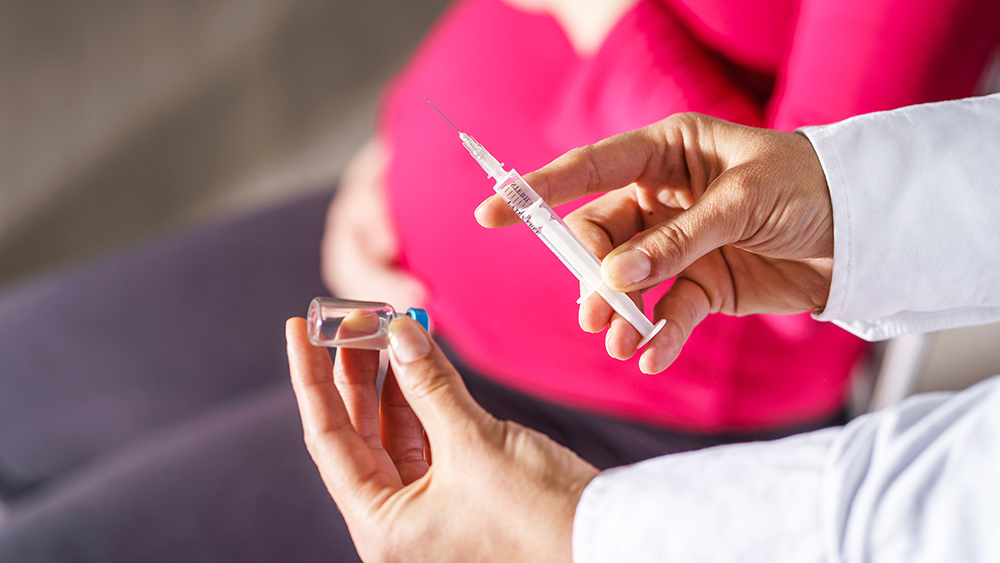 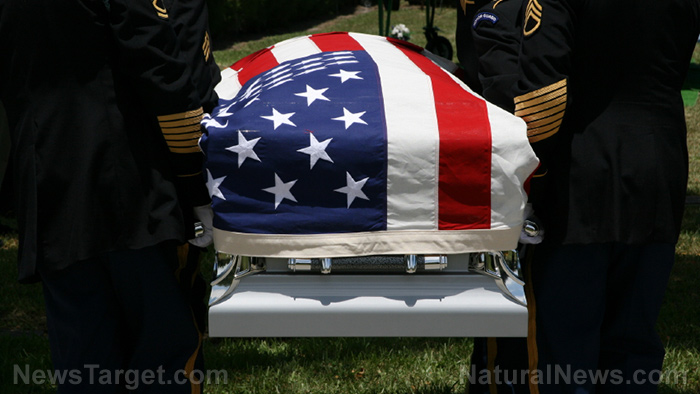