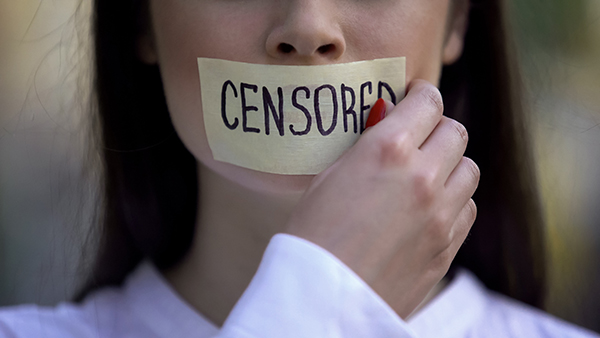 The other day, Sen. Ron Johnson (R-Wisc.) held a panel discussion called “COVID-19: A Second Opinion” that revealed the ugly truth about Wuhan coronavirus (Covid-19) “vaccines.” And as you may have noticed, it was completely ignored by the establishment press.

If they even reported on it at all, corporate media outlets scoffed at the idea that Fauci Flu shots are anything other than “safe and effective” as claimed by their manufacturers, the CDC (Centers for Disease Control and Prevention) and politicians.

“A group of world-renowned doctors and medical experts will provide a different perspective on the global pandemic response, the current state of knowledge of early and hospital treatment, vaccine efficacy and safety, what went right, what went wrong, what should be done now, and what needs to be addressed long term.”

This is apparently too much digging for the Ministry of Truth, which only parrots what Tony Fauci and Rochelle Walensky have to say about the injections. All other perspectives are routinely silenced.

So proud of my Senator Ron Johnson.
He’s been a Warrior. ?
??Attorney Thomas Renz reveals what multiple DoD whistleblowers have provided on the “safety” of the vaccines. These numbers are MIND BLOWING.
Please share the hell out of this! ?? pic.twitter.com/ZG4UJsyL8m

“All three have given me this data. I have declarations from all three that stated … this is under penalty of perjury,” Renz explained. “We intend to submit this to the courts.”

Sadly, the link between covid injections and cancer is being almost completely ignored while the other health conditions are sometimes acknowledged, but usually in a dismissive way.

“We saw – this one’s amazing – neurological, so, neurological issues, which would affect our pilots, over a thousand percent increase,” Renz added, noting that cases of neurological damage have skyrocketed from 82,000 per year to 863,000 per year.

“Our soldiers are being experimented on, injured and sometimes possibly killed,” he further explained.

On September 28 of last year, the Department of Defense (DoD) reported that 71 percent of all new cases of the Wuhan Flu, as well as 60 percent of all new hospitalizations, are occurring in people considered to be “fully vaccinated.”

This is in spite of the claim by the government and the establishment media that the unvaccinated are the only ones getting sick and dying, supposedly from “covid.”

According to Lt. Long, adverse effects from the injections are rather common in the military these days.

“I believe the COVID vaccine is a greater threat to soldier’s health and military readiness than the virus itself,” she says.

Renz also disclosed that the other side of the debate, including federal health agencies and the CEOs and representatives of vaccine manufacturers, were all invited to the panel to speak, but none of them showed up.

More related news about media censorship can be found at Censorship.news.