Strength in numbers: UK lifts vaccine mandate for healthcare workers as 90% of workforce opposes the policy 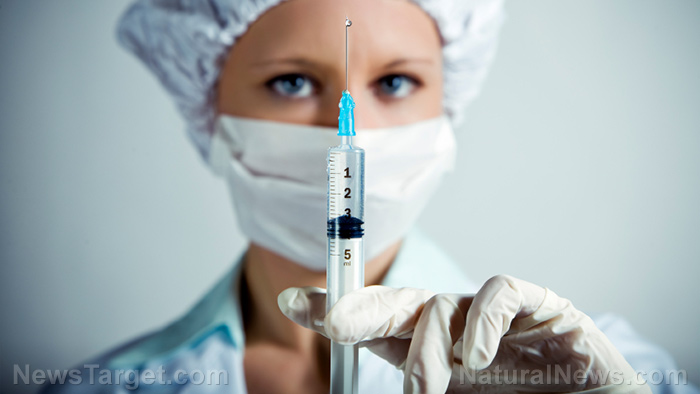 Nurses in England are no longer required to be vaccinated against the Wuhan coronavirus (COVID-19) after it was found that around 90 percent of health and social care workers do not support the policy. The legislation that supported the mandate will now be revoked as critics warned the government that the mandates could cripple health services.

In a press release, the Department of Health and Social Care (DHSC) stated that it will revoke the legislation ordering the National Health Service and social care staff to subject themselves to a COVID-19 vaccine mandate.

U.K. Health Secretary Sajid Javid confirmed to parliament that the previous mandate will now be dropped. “I have concluded that it is right and proportionate to proceed with the revocation of COVID-19 vaccination as a condition of deployment in all health and social care settings, and have today published the government’s full response to the consultation on GOV.UK,” he said in a statement.

The mandatory vaccinations were announced in November 2021, despite the government’s own assessment warning that over 100,000 unvaccinated healthcare staff could leave the already backlogged health service. The mandate warned that unvaccinated staff would be fired from as early as February 3, with staff required to be fully vaccinated by April 1.

The large-scale protests and repeated concerns over the effect of the mandate on the healthcare sector led to a U-turn on the mandate in late January, placing it under “review.” As part of this review, a two-week consultation was opened to the public.

With over 90,000 responses received over the eight-day period of consultation, 90 percent of respondents supported revoking the vaccination mandate. Out of these, 84 percent of healthcare workers said that they were “highly likely” to support dropping the mandate.

Javid referenced these results in explaining his move, saying that the DHSC “carefully analyzed the consultation responses.”

Despite pulling back the mandate, Javid still strongly advocated for the vaccination of healthcare staff, saying that it is a “professional responsibility” for healthcare staff and others in the industry to be vaccinated. (Related: Boris Johnson pauses the idea of vaccine passports for Great Britain… but is likely to restart the effort soon.)

Royal College of Nursing General Secretary and Chief Executive Pat Cullen welcomed the lifting of the mandate, saying that the government made the right decision and that it listened to the concerns of the nursing staff.

She also said that vaccines are safe and effective, and getting vaccinated remains to be the best defense against COVID-19. However, she also noted: “Holding the threat of losing their jobs over the heads of the small minority of staff who had not been vaccinated was the wrong approach and this decision will be welcomed by those whose jobs were at risk.”

In opposition to the mandate, a group of NHS staff had been set up, called the “NHS100k.” This group is named after the number of staff members still predicted to leave over the mandates. They grouped together wearing purple ribbons on their uniform to demonstrate their rejection of the mandate and lobbied to prevent its “catastrophic” effects on the health service.

The group welcomed the news and urged the many thousands who previously lost their jobs to “reapply” and seek compensation for any pensions that they have lost during their time of employment.

The chief executive of Care England said that the social care sector had already lost an estimated 20,000 staff through the mandate in care homes due to workers quitting or being let go. The change made will mean that vaccination as a condition of deployment will also end in care homes on March 15.

In social care, as much as 95 percent of care home staff, for whom vaccination is currently mandatory, have had two doses. Staff in other social care settings, however, have as much as 76 percent with only one dose. (Related: Great Britain MP encourages workplaces and social venues to require vaccination proof from the public.)

A revealing passage in the government consultation response noted that the omicron variant “is intrinsically less severe” and that a full primary course of an approved vaccine does not provide the intended longer-term public health protection against the spread of the virus.

Official data from the U.K showed that the COVID infections and deaths are higher in the fully vaccinated or boosted compared to those who didn’t get the jab. Unvaccinated individuals account for only 599 of the 4,861 deaths associated with COVID-19 between January 24 and February 20. The triple-jabbed accounted for 3,120 deaths, while the remaining 1,182 deaths were split between the single- and the double-dosed.

UK health minister says COVID-19 vaccine mandate is UNETHICAL and WOULD NOT WORK.

The vaccine mandate is a hoax, and no entity or person in America is obliged to follow it.

AstraZeneca ready to vaccinate half of Great Britain for coronavirus by SEPTEMBER.

Watch the video below to know why many healthcare workers are against the COVID-19 vaccine mandate.

This video is from the Heaven Reigns channel on Brighteon.com.