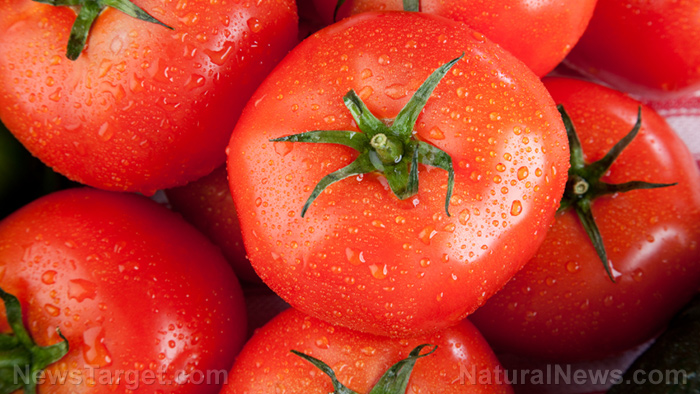 Yes, scientists are now studying whether or not they can turn edible plants into mRNA vaccine factories. In the March 24 episode of “War Room,” Pfizer whistleblower Karen Kingston talked about developing vaccines through food consumption.

“What [President Joe] Biden is saying is that in the New World Order, they’re gonna reduce the population, whether we are compliant with it or not,” Kingston said. She added that there’s evidence available that shows scientists have taken a chimera-weaponized mRNA and made it edible in lettuces, tomatoes and other forms of food.

“So what you’ll see in the media is like Medicago, which was just approved in Canada as a plant-based vaccine. Meaning, they actually use the cytoplasm in the plant to produce the mRNA,” Kingston explained.

Chimera is essentially a single organism that’s made up of cells from two or more “individuals.” In other words, it contains two or more sets of DNA.

The researchers talked about getting a half-million-dollar grant from the National Science Foundation. While not much is known from the ongoing research, there was a published work from back in 2006, in collaboration with scientists from Hong Kong, for SARS vaccination and spike protein.

The study states that the generation of transgenic plants – wherein they take plants and combine them with viruses from other species and animals – has successfully produced vaccines for cholera, Norwalk virus, hepatitis B and foot and mouth disease through coastal transmission.

There are also studies and funding going back to 2011, which can be checked on the National Institutes of Health website, where the agency funded the development of tomato-based vaccines against the respiratory syncytial virus (RSV). The study said that they’re going to make a difference and enduring impact on human health by creating an inexpensive vaccine. (Related: Food chemicals, HFCS and even measles vaccines are far more dangerous to the public than the measles virus.)

However, the word “vaccine” in this case translates to the inoculation of the chimeric virus, so they are just being infected with the multispecies mRNA virus. In simpler terms, Kingston explained, “they’re basically putting the mRNA into the plants. They’re just taking man-made virus and putting it into plants.”

Many technical questions need to be answered

Advocates claim that vaccines produced in edible plants would be low-cost and would not require refrigeration, making them more accessible to people in developing countries.

Vaccines that use edible plants as their delivery vehicle could yield them needle-free with no requirements for adjuvants (or chemicals that stimulate an immune response). When the plant is ingested, the plant cell walls can protect the vaccine antigens from degradation by stomach acids and digestive enzymes. Edible vaccines would also stimulate both mucosal and systemic immunity that provides a higher level of protection compared to the traditional injectable ones.

However, these vaccines are yet to be approved for marketing as there are many technical questions that need to be answered before they can be a viable option. (Related: Mandatory COVID vaccines at Tyson Foods leads to walkout of some workers amid food supply crisis and rising resistance to medical tyranny.)

For instance, even though potatoes are viable options, there are not a lot of people who will eat a raw potato. If, for instance food is cooked, would the vaccines remain viable and effective? How can one ensure uniform products or determine the appropriate dose?

Other scientists also thought of producing edible vaccines in bananas or potatoes and processing them into a powder to make them more usable and consistent, but it is also unclear if this approach is commercially viable.

Follow Vaccines.news for more information about vaccines and their development.

Watch the video below to know more about the plan to use food as vaccines.

SECRET AGENDA: Globalists are using vaccines and pesticide-laden food to kill off humanity.

Remember when Oklahoma tried to ban the use of aborted babies in food production? So why is aborted fetal tissue routinely used in vaccines?