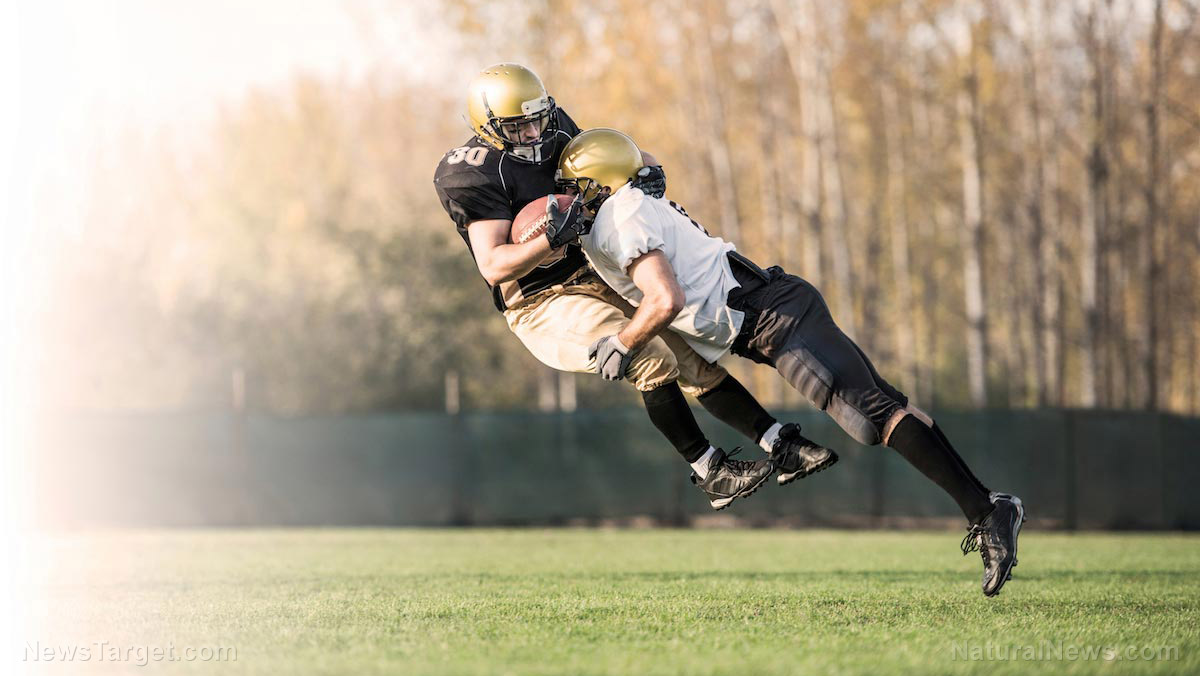 GB News host Mark Steyn wants to know why young and healthy athletes are suddenly and mysteriously dropping dead across the United Kingdom.

Steyn pointed out that several “fit and in the peak of condition” young people competing in cycling, rugby and soccer are dying for unknown reasons.

One day after the race, Wardell appeared on BBC Scotland‘s “The Nine” program discussing how he had overcome three punctures to win the race. The next day, he died after suffering a heart attack while in bed. Wardell had been racing mountain bikes since his early 20s, but only turned professional earlier this year.

Steyn also mentioned Halifax rugby player Ben Benn, 30, who passed away on August 22. There were no details on the reason for his passing posted on social media. Benn’s mother, Amanda Rathmell, said: “Many of you already know about the sad passing of our beloved Ben Benn. It has completely shocked our family, friends and people who had the honor of playing rugby with him.”

She added that any extra money raised for Ben would go to the late athlete’s son, Elliot.

Another young sportsperson who recently died is boxer Dominic Oscar, who was just 19 years old. He previously won Antrim and Ulster boxing titles and was heading into the intermediate stages of his young amateur career. According to the local news portal Belfast Telegraph, he died “suddenly” less than two weeks ago.

The TV host said he would not correlate the recent deaths with the Wuhan coronavirus (COVID-19) vaccine mandates because the last time he did, he was reprimanded by the U.K. communications regulator Ofcom. Yet he still noted in Alberta, the rise in fatality rates was attributed to “unknown causes” over the past few years.

In April, One America News Network (OAN) revealed shocking statistics reporting 769 athletes collapsing on the field during a game from March 2021 to March 2022. The report added that the average age of the athletes who suffered a cardiac arrest is 23 years old.

An updated report by Good Sciencing, a team of investigators, news editors, journalists and “truth seekers,” has detailed 890 cardiac arrests and other serious issues among athletes, including 579 deaths, following the COVID-19 vaccine shots. (Related: Athlete deaths are 1700% higher than expected since COVID vaccine rollout.)

OAN journalist Pearson Sharp said: “Nearly 800 athletes – young, fit people in the prime of life – falling on the field. About 500 percent more soccer players in the European Union are dropping dead from heart attacks than just one year ago.”

Earlier in the year, the Miami Open made headlines as 15 players (all of them have reportedly been inoculated with COVID-19 injections) dropped out of the tournament. Players who left included title favorites Paula Badosa and Jannik Sinner. The former was said to have left the court in tears after becoming unwell, while Sinner’s opponent said he saw him “bend over” on the court.

In an interview with Red Voice Media, U.K. football legend and sports commentator Matt Le Tissier expressed his thought on the surge of cardiac events in the sporting world lately.

“I’ve never seen anything like it. I played for 17 years. I don’t think I saw one person in 17 years has to come off the football pitch with breathing difficulties, clutching their heart, heart problems,” he lamented.

“It has just been unbelievable how many people, not just footballers but sports people in general, tennis players, cricketers, basketball players, just how many are just keeling over. And at some point, surely you have to say this isn’t right, this needs to be investigated.”

Dr. Joseph Mercola, a known physician and alternative medicine proponent, said in an article on LifeSiteNews that toxic spike proteins can circulate in the body after infection or COVID-19 injection, causing damage to cells, tissues and organs.

“As your heart beats faster during intense athletic activity, the spike proteins are able to circulate faster throughout your body, pointing to a potential reason why so many athletes are collapsing on the field,” he explained.

Watch the below video that talks about jabbed athletes dropping dead.

Heart inflammation increasing in young athletes: In one month, at least 69 athletes collapsed after vaccination.

Report: 769 VAXXED athletes have COLLAPSED on the field over the last year.