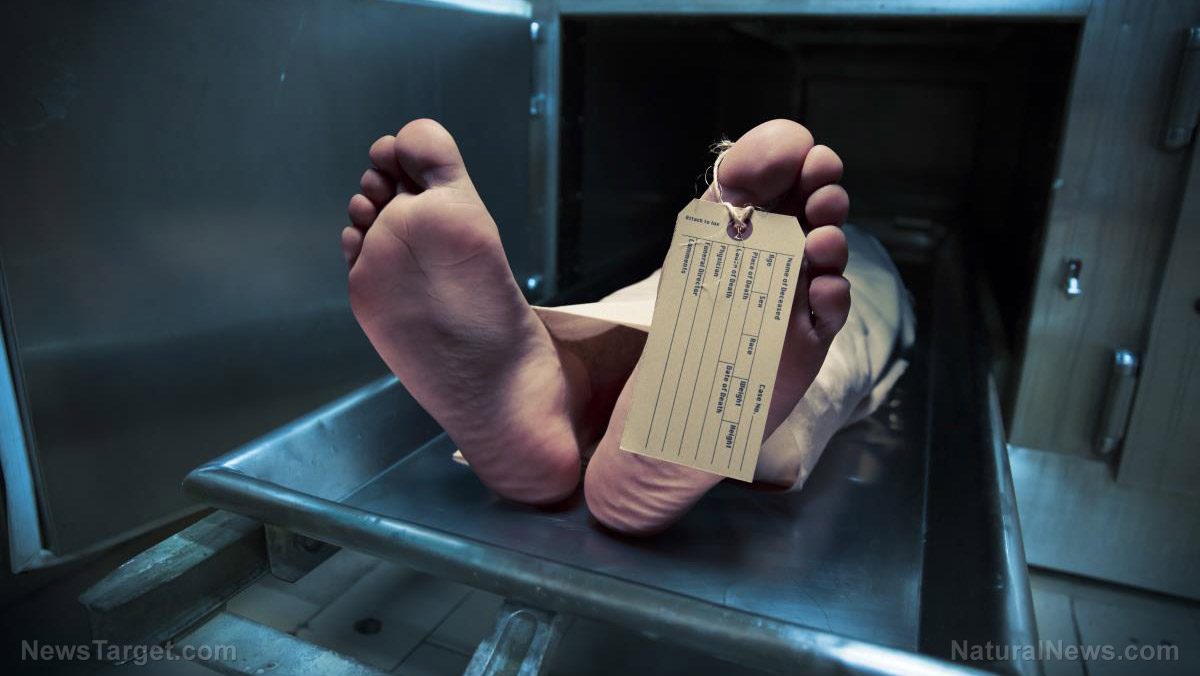 The Javits Convention Center of New York has been converted into a Wuhan coronavirus (COVID-19) vaccination center, open by appointment only. The center has reported its first death from the covid-19 vaccine, yet officials are continuing to push the vaccine onward.

The mission of the convention center is to serve the citizens of the State and City of New York “by generating new business and employment opportunities.” Yet, in its chronic state of lock down and subservience to government, the convention center is serving only one purpose: promoting a new Vaccine Police State that coerces the population to submit to multiple inoculations in order to be free again. The convention center promises to be a “catalyst for the continued redevelopment of the local community and operating in the public interest.” Instead, the center is being used to break-down and isolate the local community and serve the interests of the vaccine industry while pummeling the area with more medical tyranny. It’s no wonder a record number of people have moved out of the decrepit state of New York in the past year, as medical tyranny finds a permanent place in the Big Apple with no one to hold the tyrants to account.

There are reports that an elderly man collapsed and died shortly after getting a covid-19 vaccine at the Javits Center. The seventy-year-old man fell down as he was trying to leave the building. This occurred just twenty-five minutes after receiving his first dose. Health officials responded immediately and conducted a routine fifteen-minute observation of the man. In their brief evaluation, they concluded that the vaccine did not cause an allergic reaction. New York State Health Commissioner, Dr. Howard Zucker, confirmed that the man passed away at a nearby hospital, on the same day, not long after getting the shot.

Even after the elderly man’s sudden death, Dr. Howard Zucker continues to defend the vaccines. He claims that the “vaccine is safe” and advocates for continued mask wearing and social distancing. “I encourage all eligible New Yorkers to get vaccinated,” Zucker said in a statement after the incident.

This deadly phenomenon is not new. Sudden infant death syndrome (SIDS) is a common occurrence after multiple vaccinations are administered in 2, 4 and 6 months-old babies. Health authorities continue to promote vaccines, even though infant mortality rates remain high in the United States.

Covering up the cause of the man’s sudden death is also not new, especially in the state of New York, where some inner city hospitals denied patients proper treatment, neglected their immune system, and improperly used ventilators, leading to hospital acquired infections, lung damage, further medical error and multiple deaths.

The Centers for Disease Control and Prevention continues to defend the vaccines, even though they were approved for emergency use by the FDA using a fraudulent study design that took advantage of fraudulent covid-19 diagnosis that was ultimately used to inflate the efficacy of the vaccines in clinical studies. The CDC continues to lie about the relevance of vaccine injury, claiming only ten cases of severe adverse reactions occur for every four million doses, as if any number of deaths are part of the collective sacrifice of vaccine tradition.

There are now over a thousand vaccine-induced deaths recorded in this passive surveillance system managed by the Department of Health and Human Services. This reporting system has been extensively studied and determined to under-report data. VAERS is known to capture approximately one percent of the total vaccine injuries and deaths that are occurring across the United States in any given week. Many vaccine-induced or vaccine-associated fatalities are swept under the rug and deemed death by “natural causes.” If a faulty, high cycle covid-19 PCR test is used on the deceased patient, their death would easily be coded as “a covid-19 death.” Now that the vaccines are being pumped into the arms of the elderly, the cause of their sudden death is now “not yet determined.” It’s a formidable level of medical fraud to comprehend, but this is the nature of the medical system at large — a system designed to cover up fraud and protect the interests of Big Pharma and the vaccine industry.