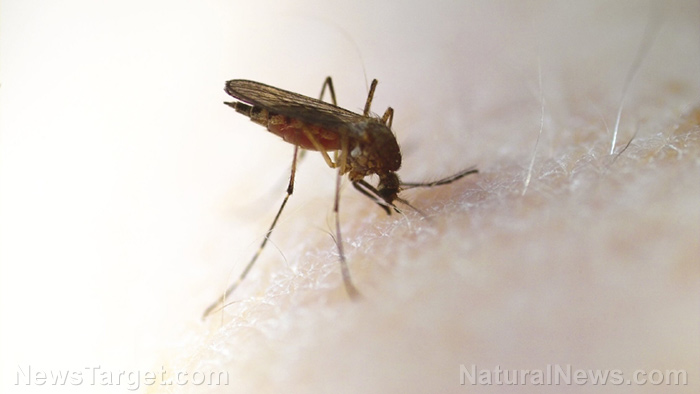 Microsoft founder Bill Gates is mulling the use of genetically modified mosquitoes to “vaccinate” people. The technology bigwig and vaccine advocate brings his jab obsession a notch higher with the “flying syringes” project. To make this idea a reality, Gates has provided funding to a Japanese scientist who has pushed the idea of genetically modifying mosquitoes.

Japanese professor Hiroyuki Matsuoka was among the awardees of a $100,000 grant, an October 2008 press release by the Bill and Melinda Gates Foundation said. The grant allows scientists “from [a] diverse set of disciplines and regions … to explore bold, untested projects.” The Jichi Medical University professor put forward the idea that disease-carrying mosquitoes can be turned into “flying syringes” that vaccinate humans instead.

Using the $100,000 grant from the Gates Foundation, Matsuoka will attempt to design a mosquito that can produce and secrete a malaria vaccine protein. This will be administered into a host’s skin when the mosquitoes “bite” and suck blood from a person. The project aims to discover the potential of genetically modified mosquitoes to deliver vaccines against other infectious diseases. If Matsuoka proves that his idea has merit, he will be eligible to receive another $1 million to support his research.

This was not the first instance where Gates used his foundation to fund projects to push his pro-vaccine agenda. He also backed a 2019 study by Massachusetts Institute of Technology (MIT) researchers allowing vaccination data to be stored under the skin. The plan aims to use patterns using a special dye delivered at the same time as the vaccine to make an invisible quantum tattoo.

MIT researchers showed that the dye, consisting of nano-crystals called quantum dots, can remain for at least five years under the skin. The quantum dots emit near-infrared light that can be detected by a specially-equipped smartphone. (Related: No vaccine, no job: Eugenicist Bill Gates demands “digital certificates” to prove coronavirus vaccination status.)

The Microsoft founder’s obsession with vaccines reached new heights during the Wuhan coronavirus pandemic. It came to a point where Gates had to bribe lawmakers in other countries just to see vaccines being tested. A report by Nigerian paper Premium Times said he allegedly offered a $10 million bribe to the Nigeria House of Representatives to pass a mandatory vaccination bill.

The Coalition of United Political Parties (CUPP) alleged that it intercepted a human intelligence report on the matter. According to the document, top Nigerian lawmakers were set to pass the Control of Infectious Diseases Bill without presenting it to the floor for debate. CUPP spokesman Imo Ugochinyere said Gates offered the bribe to influence the bill’s speedy passage without a hearing. (Related: Bill Gates reportedly offered a $10 million bribe to use Nigerian children in coronavirus vaccine experiments.)

He added that Nigerian House Speaker Femi Gbajabiamila should be impeached if he forces the bill on House members. But the speaker defended the bill and asserted its content and timing were appropriate – given the current pandemic. Gbajabiamila also pledged that there would be a public hearing where Nigerians would have the opportunity to contribute to the draft law.

In a May 2020 memorandum submitted to Nigerian lawmakers, Gates denied offering bribes to facilitate the bill’s passing. Gates Foundation Health Director for Africa Paulin Basinga also denied the allegations when he appeared before a House hearing. He said there was no interaction whatsoever between himself or the foundation and the Nigeria House of Representatives.

Basinga said: “The Bill and Melinda Gates Foundation has been recently made aware of an allegation … that [it] was involved in a payment purportedly made to the Nigeria House of Representatives. Any such allegations are entirely false and without merit.”

The Gates Foundation health director added that the non-profit “has not offered any financial incentives to any member of Nigeria’s legislative branch for the passage of legislation, nor has it offered any grants to organizations in Nigeria in connection with the same. Basinga reiterated that the foundation adheres to strict ethical and legal guidelines across all areas of its operations.