BRANDED like cattle: In one California city, “fully vaccinated” people now have to wear a visible sticker if they decide to avoid wearing a mask 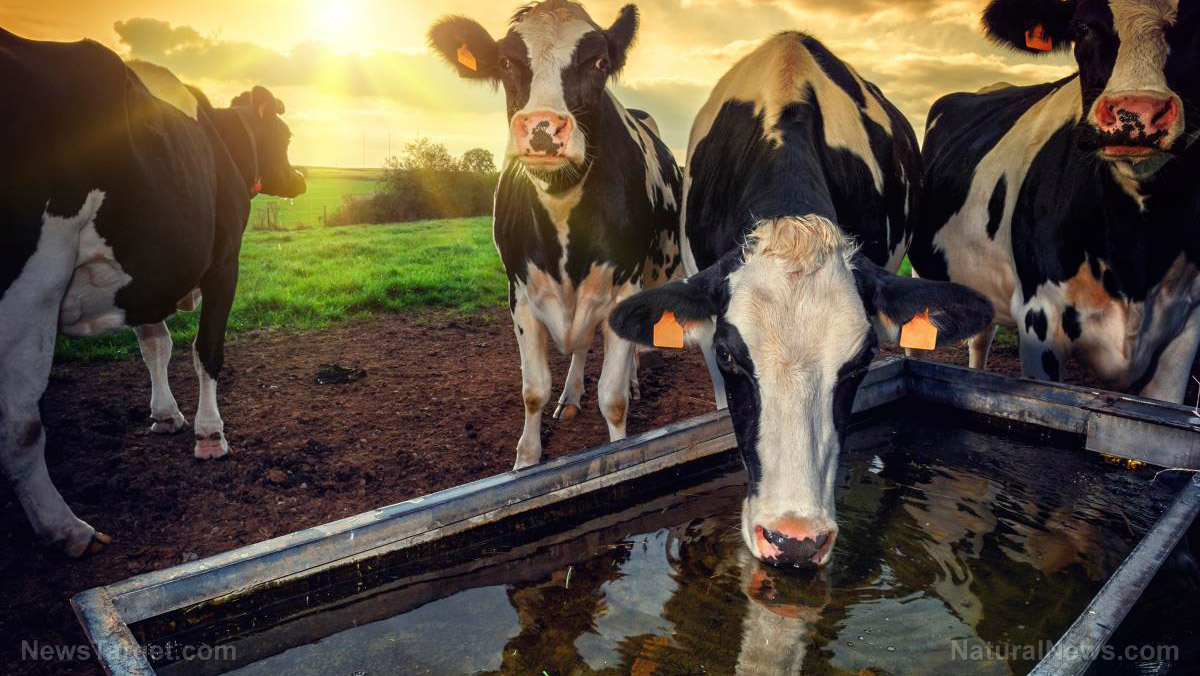 The city of Montclair in Southern California has decided to “brand” its city employees like cattle based on their Wuhan coronavirus (Covid-19) “vaccination” status.

According to reports, controversy arose after officials ruled that “fully vaccinated” city employees still need to wear a special “sticker” on their person showing that they got injected, should they “opt out” of wearing a face mask while at the office.

Beginning next week, City Manager Edward Starr is planning to enforce the new rule, which he says is designed to ensure that Montclair is in full compliance with Gov. Gavin Newsom’s edicts concerning a “safe” return to the workplace.

Newsom is demanding that all public employees submit evidence or sign a pledge indicating that they received a Trump Vaccine if they want to stop covering their breathing holes with cloth or Chinese plastic. Montclair is taking things a step further by marking the vaccinated who choose to show their faces at work.

Starr says the “yellow star” concept is necessary “to demonstrate they have been fully vaccinated,” just like how political prisoners of the past were forced to wear arm bands so they could be easily identified by authorities.

Just say no to medical fascism

As eager as he might be to impose this new form of medical fascism, Starr could get the city in trouble with a possible lawsuit, warns city councilman Ben Lopez. who says the move clearly violates city employees’ privacy rights.

“This policy is being rushed through and rammed down the throats of our employees with no legal counsel being sought and no discussion from our City Council,” Lopez stated during a city council meeting earlier in the week.

“I think we are on shaky legal ground.”

Having to wear a sticker, like a cow wears an ear tag or a brand, could make some employees feel “uncomfortable,” Lopez warns, or even create a “level of ostracism” in the workplace. This is a surefire way to get sued, he says.

Lopez says that there have already been a “number of complaints” filed towards this end, though Starr disagrees. Because he personally likes the sticker idea, he is rigorously defending it and pushing for it to remain in place.

According to Lopez, numerous city employees have already come to him to express their opposition to the policy. He would rather maintain the city’s previous policy, which did not involve stickers or any other identifying markers.

The U.S. Centers for Disease Control and Prevention (CDC) actually put out a set of printable stickers for businesses across the country to use in this manner, though the agency stopped short of issuing an explicit guidance that they be used – probably because it does not want to be sued, either.

Starr is hellbent on keeping them, though, which is sure to drum up the legal complaints. Perhaps this is an opportunity for Montclair employees to “win the lottery,” so to speak, with a successful case against their fascist boss.

“This is not Germany or Stalin’s USSR or even North Korea. This is Progressive USA. Much more evil. Much more devious. Much more vicious.” wrote one commenter at Zero Hedge. “It’s just getting ramped up.”

“Do not contribute anything to these people,” wrote another, referring to America’s government, Wall Street, and the phony “American dream” that only enriches the already rich at the expense of the poor.

“Live simply and don’t contribute. The USA isn’t worth doing anything for. Look at how big of a joke it is now. Laughingstock of the planet.”

Medical fascism is spreading like a virus across our once-great land. To keep up with the latest, visit Tyranny.news.