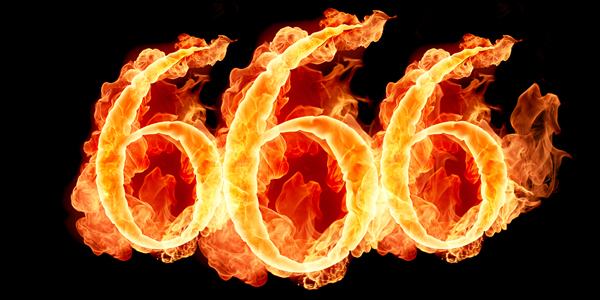 Book author and attorney Scott Lively likened today’s vaccine mandates to forcing people into taking the mark of the beast mentioned in the prophecy during biblical times.

“When we deal with the rise of the beast government, it’s not a spiritual warfare but rather an actual physical warfare,” Lively said Wednesday, Sept. 1, in his program “Prophecy and Politics” on Brighteon.TV.

“It’s an actual government that is sitting in power over people and exercising tyrannical control, forcing them to take the mark of the beast or be hunted down. Very much reminiscent of what’s going on with the vaccine mandates.”

But he made it clear that he’s not buying the idea that the vaccine against the Wuhan coronavirus (COVID-19) is the actual mark of the beast. (Related: New York abolishes religious exemption for covid vaccine mandate.)

“I don’t believe it’s possible that the mark of the beast would be something that didn’t include an open and knowing repudiation of Jesus Christ,” Lively said. “You have to knowingly give it up.”

Some argue that people are willingly putting their bodies at risk by receiving COVID-19 vaccines, and therefore they’re knowingly renouncing God. They point to 1 Corinthians 6:19-20, which states: “Or do you not know that your body is a temple of the Holy Spirit within you, whom you have from God? You are not your own, for you were bought with a price. So glorify God in your body.”

“Thrive Time Show” host Clay Clark had a different take on the topic. He thought the mark of the beast was all over the place.

Appearing on the program of Brighteon founder Mike Adams, Clark got a little creative to show that the number of letters in corona and the sum of the number where those letters appear in the alphabet (c=3, o=15, r=18, o=15, n=14, a=1) combine to form 666.

Mark of the Beast and currency have a long history

The mark of the beast and its connection to the number 666 came from the Book of Revelation. They are often considered references to Satan or the Antichrist.

Revelation 13:15-18 states: “The second beast was given power to give breath to the image of the first beast, so that the image could speak and cause all who refused to worship the image to be killed. It also forced all people, great and small, rich and poor, free and slave, to receive a mark on their right hands or on their foreheads, so that they could not buy or sell unless they had the mark, which is the name of the beast or the number of its name. This calls for wisdom. Let the person who has insight calculate the number of the beast, for it is the number of a man. That number is 666.”

The mark of the beast or the number 666 is often associated with Nero Caesar. There is a well-known practice in the ancient world called “gematria,” in which letters are assigned numerical values. This allows authors to refer to individuals by using the number of their name rather than their actual name. Biblical scholars have long noted that in Hebrew characters, the numerical value of Caesar’s name is 666.

During the time of Caesar, his image and his claims to divinity were also put on coins. Those coins, of course, are used in buying and selling. In the present time, Microsoft’s patent number for a cryptocurrency system with 060606 in it could very well be the next big thing in buy and sell.

Lively found an ally in Rev. Mark Hitchcock, senior pastor of Faith Bible Church in Edmond, Oklahoma. He said he had received several queries about whether the vaccine is somehow the mark of the beast that’s connected to Satan.

Maybe some, if not millions of people, already did. Watch “Prophecy and Politics” every Wednesday at 4-5 p.m. live on Brighteon.TV.

Follow AntiChrist.news for more news and information related to antichrists and prophecies.