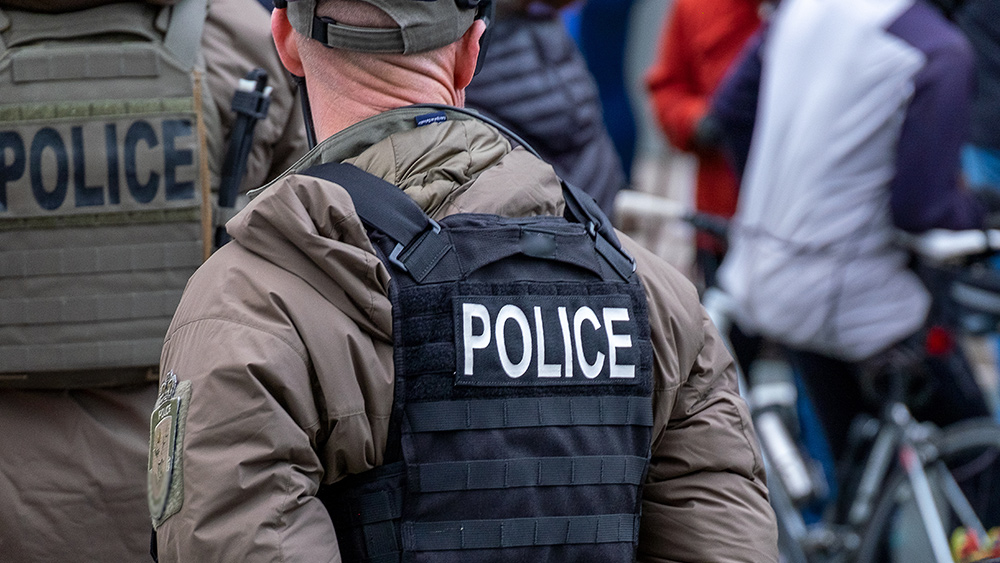 The city of Los Angeles faces a legal challenge to its Wuhan coronavirus (COVID-19) vaccine mandate. Six police officers from the Los Angeles Police Department (LAPD) members file a federal lawsuit against the city on Sept. 11 because its vaccine mandate violates their rights. The six officers join many others standing up for their health freedom against vaccine mandates.

The six LAPD officers argue in their Sept. 11 lawsuit that L.A.’s vaccine mandate “forces them to choose between their livelihood … and preservation of their fundamental constitutional privacy rights.” They add that the vaccination order seeks to deprive the liberty of persons turning down the COVID-19 shorts through “testing, masking and other punitive measures.” Furthermore, the plaintiffs also accuse the police department of failing to provide a process to submit requests for medical or religious exemptions.

The suit names L.A. Mayor Eric Garcetti, L.A. City Administrative Officer Matthew Szabo and LAPD Chief Michel Moore as defendants. The three plaintiffs threaten to fire police officers who refuse the vaccine, the suit adds. Thus, it asks the court to declare the vaccine mandate by Garcetti unlawful and block the city from enforcing it.

The LAPD officers’ lawsuit argues that the city refused to consider studies that show natural immunity “[providing] equivalent or greater protection against severe infection than immunity generated by … vaccines.” Some of the suit’s plaintiffs include LAPD employees who recovered from a bout of COVID-19. These employees say they should be exempt from the vaccine mandate due to their natural post-infection immunity.

The lawsuit also accuses the LAPD of failing to establish a process for those seeking medical or religious exemptions for vaccination. Federal law permits medical and religious exemptions, but Garcetti’s mandate does not mention a specific form those seeking exemptions can submit. Many police officers use Form 15.7, the default form for reporting general issues, to seek exemption. However, the suit says most requests are rejected due to the use of an incorrect form – if not being delayed.

Attorney Daniel Watkins, who represents the six plaintiffs, hopes the lawsuit will force the city and the LAPD to implement a lawful process of handling vaccine exemption requests. He says: “The law calls for an individual review of the requests. [That] requires a significant process … [and] a system for individual review and criteria for evaluation, and [the LAPD is] just not doing it.”

Other police officers also stand up against vaccine mandates

Lt. Raul Jovel of the LAPD’s media relations division says the department has not yet received direction on going about the mandate. Because of this, he is unable to comment on how the LAPD will handle requests fo vaccine exemptions.

“The process and procedures have not been developed yet. There’s talk that the city is still coordinating or working with the labor unions, the [L.A. Police Protective] League and different employer organizations to try to figure our how this is going to work,” Jovel says. He continues: “Once that’s written, we’ll know exactly the process. [But] … the other half of that coin is trying to figure out, if people don’t [get vaccinated], what are the consequences.” (Related: WATCH: Los Angeles fire captain refuses covid vaccine in epic speech.)

An anonymous LAPD officer says the side of the group affected by the Sept. 11 federal lawsuit could grow to as many as 3,000 employees. These encompass employees of all ranks and classifications, and include civilian workers as well. The officer adds: “Our particular group has 1,300 people sign up to get assistance in filing exemptions and retain legal counsel in the event of denial.”

However, the six LAPD officers are not the only ones standing up against tyrannical COVID-19 vaccine mandates. New York City’s Police Benevolent Association (PBA), which represents 24,000 employees of the New York City Police Department (NYPD) says it plans to sue the city the moment it mandates COVID-19 vaccines.

PBA President Patrick Lynch writes in an email: “If [NYC] attempts to impose a vaccine mandate on PBA members, we will take legal action to defend our members’ right to make such personal medical decisions.” His email comes as NYC Mayor Bill de Blasio mandates public school teachers to get vaccinated. Lynch continues: “As of writing, [NYC] has not yet indicated whether it will attempt to impose vaccine mandates on other city workers, including police officers.” (Related: NYC police union threatens to sue if city requires cops to get vaccinated.)

HealthFreedom.news has more articles about law enforcement officers standing up to vaccine mandates.