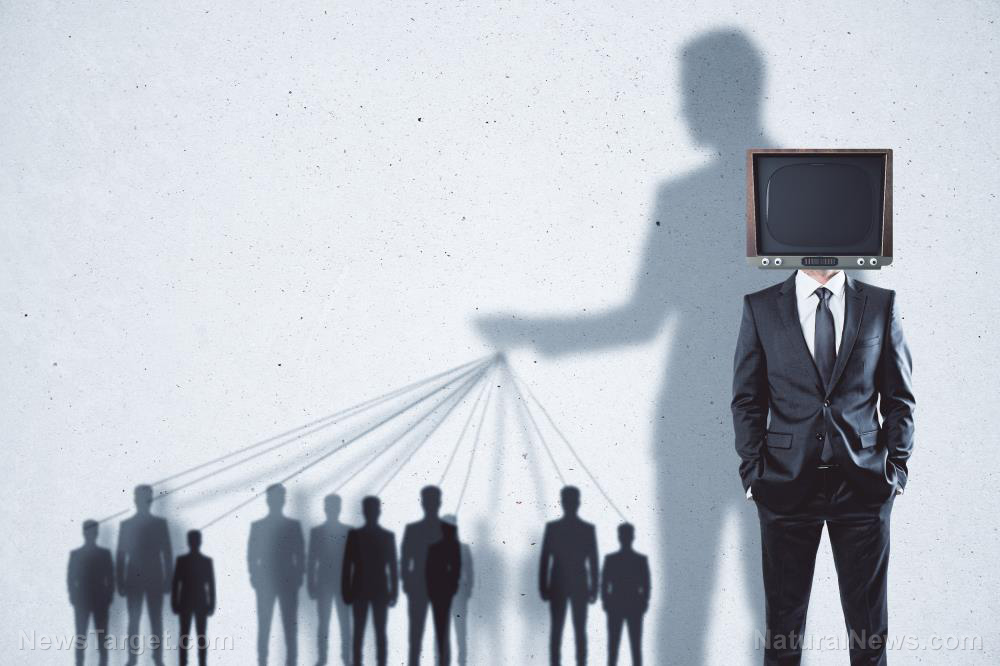 The mainstream media is now helping Big Pharma justify the production and rollout of Wuhan coronavirus (COVID-19) vaccines, which have proven to be failures and an enormous waste of money.

A recent article published by The Atlantic says that expecting vaccines to give you immunity from COVID-19 is “asking the impossible.”

“COVID-19 vaccines were never going to give us sterilizing immunity; it’s possible they never will. But the reason isn’t just their design, or the wily nature of the virus, or heavy and frequent exposures, though those factors all play a role. It’s that sterilizing immunity itself might be a biological myth,” the article says.

Sterilizing immunity has often been framed as a “holy grail.” It is what researchers aim for when they’re designing their vaccines, says David Martinez, a vaccinologist at the University of North Carolina at Chapel Hill.

The article describes sterilizing immunity as something like this: A pathogen attempts to infiltrate a body; antibodies, lurking in the vicinity thanks to vaccination or a previous infection, instantly zap it out of existence, so speedily that the microbe can’t even reproduce. No symptoms manifest, and most of the body’s immune cells never get involved.

“It is almost impossible to prove,” says Mark Slifka, an immunologist and vaccine expert at Oregon Health & Science University. To show sterilizing immunity, researchers have to demonstrate that an infection never occurred.

The article notes that “as detection tools improve, each data point further erodes the mythos of sterilization.” Finally, the article drives home what it’s trying to point out: “Say that sterilizing immunity is impossible, that our immune systems cannot, in fact, be trained to achieve perfection. Then it’s neither a surprise nor a shortcoming that COVID-19 vaccines, or other vaccines, don’t manage it.”

Biden criticizes the tens of millions of Americans who are not yet vaccinated, despite months of availability and incentives. “We’ve been patient. But our patience is wearing thin, and your refusal has cost all of us,” he says.

Republican leaders and some union chiefs say that Biden is going too far in trying to muscle private companies and workers, a certain sign of legal challenges to come.

Gov. Henry McMaster of South Carolina says in a statement that “Biden and the radical Democrats [have] thumbed their noses at the Constitution,” while American Federation of Government Employees National President Everett Kelley says that “changes like this should be negotiated with our bargaining units where appropriate.”

Fauci recommends forcing all Americans to get vaccinated

National Institute of Allergy and Infectious Diseases (NIAID) Director Anthony Fauci says that the government is going to “mandate” everyone, including children, to take Big Pharma’s experimental vaccines if they’re not “persuaded” to take them. The White House chief medical adviser also recommends banning Americans from flying, going to work, college and school if they refuse to submit.

Fauci earlier says that Americans will need to take a booster dose to be considered “fully vaccinated.”

“We have a pretty hardcore group of people that we’re trying to persuade them – or mandate them if they’re not persuaded – to get vaccinated,” says Fauci.

Fauci claims that vaccinating this “recalcitrant group” is “the key to ending this [pandemic]” before immediately walking back his sweeping claim and saying it is only going to “cut down” the overall number of infections.

“So we have about 75 million people who are eligible to be vaccinated who have not yet gotten vaccinated, they are the key to ending this,” says Fauci. “I mean that would be the key, um, you would cut down dramatically the number of infections if we got the overwhelming majority of that recalcitrant group vaccinated.”

Herd immunity is a myth

Despite growing evidence to the contrary, Fauci claims that America will achieve herd immunity if 70 percent of Americans are vaccinated.

Israel has one of the fastest vaccine rollouts in the world. Over 84 percent of adults in the country are vaccinated. Approximately 2.35 million Israelis have also received booster doses. Yet, new data from the University of Oxford reveals that Israel has the highest number of COVID-19 cases per capita.

Ireland, where nearly 90 percent of the adult population is vaccinated, reveals that 54 percent of patients in its hospitals with COVID-19 are fully vaccinated.

Just two months ago Biden prematurely declared the nation’s “independence” from the virus. Now, despite more than 208 million Americans having at least one dose of COVID-19 vaccine, the U.S. is seeing about 300 percent more new COVID-19 infections a day, about two-and-a-half times more hospitalizations, and nearly twice the number of deaths compared to the same time last year.

Vaccine expert warns of this bleak scenario a long time ago

His concerns center around the notion that the intense global mass vaccination program might diminish the number of cases, hospitalizations and deaths in the short-term, but will ultimately induce the emergence of more dangerous variants.

He is spot on.

“I am not against vaccination. On the contrary, I can assure you that each of the current vaccines has been designed, developed and manufactured by brilliant and competent scientists,” writes Vanden Bossche, a seasoned vaccine developer who coordinated the Ebola vaccine program at the Global Alliance for Vaccines and Immunization (GAVI).

A prophylactic or preventative vaccine involves introducing antigens into a person’s body. The goal is that the individual’s immune system will create antibodies for those antigens, and become immune to the associated illness.

“The more we use these vaccines for immunizing people in the midst of a pandemic, the more infectious the virus will become,” Vanden Bossche writes. “With increasing infectiousness comes an increased likelihood of viral resistance to the vaccines.”