NY governor appoints herself God’s messenger, egging congregation to get vaccinated because God told her so 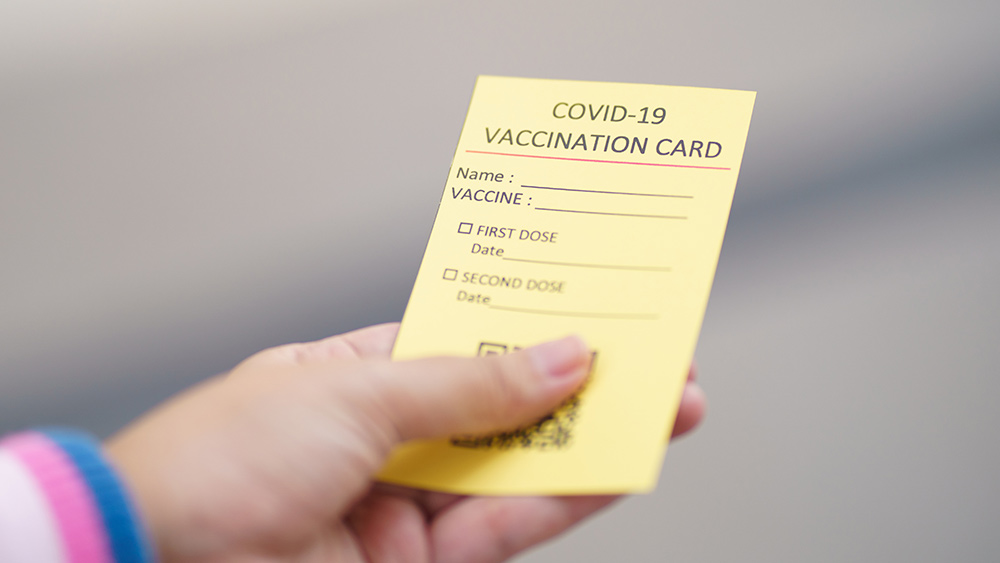 Hochul said that God had answered prayers about the pandemic, adding that He made the smartest men and women — scientists, doctors and researchers — and he made them come up with a vaccine.

The governor made the remarks at the Christian Cultural Center’s Sunday morning services before New York’s vaccine mandate for healthcare workers went into effect on September 27. “I need you to be my apostles,” she said. “Jesus taught us to love one another. And how do you show that love but to care about each other enough to say, ‘Please get the vaccine because I love you and I want you to live.'”

On August 16, then-Governor Andrew Cuomo announced the New York Department of Health regulation that mandated all healthcare workers in the state to receive their first dose of COVID-19 vaccine by September 27, with exceptions for those with religious or medical reasons, or risk termination.

On August 26, only days after Hochul was sworn in as New York’s first female governor, the New York Public Health and Planning Council approved an emergency regulation that completely removed the religious exemption, leaving only the medical exemption in place.

The state labor department also noted that employees who were terminated for refusing to get vaccinated will not be eligible for unemployment benefits unless they receive a doctor-approved exemption.

This sparked a group of healthcare workers to file a lawsuit against the state, arguing that their constitutional rights were violated upon issuing the mandate with “no exemption for sincere religious beliefs.”

Judge David Hurd of the U.S. District Court for the Northern District of New York temporarily blocked the mandate for those seeking religious exemption, pushing back the requirement for at least two more weeks until October 12. Only then will the judge decide whether or not to make the preliminary injunction more permanent. (Related:New York initiates medical martial law rollout with troops to take over hospitals where unvaxxed health care workers are being fired en masse.)

According to the lawsuit, all 17 plaintiffs conscientiously objected on religious grounds to get the vaccine because they “employ fetal cell lines derived from procured abortion in testing, development or production of the vaccines.”

The National Center for Biotechnology Information, a research and resource arm of the National Institutes of Health acknowledged in a recent paper that religious opposition to receiving COVID-19 vaccines stems from the fetal cell lines that are linked to abortion. The cells in question are the HEK 293 kidney cells that came from an elective abortion performed in 1972 in the Netherlands.

It was reported that the HEK 293 kidney cells are present in either the Pfizer or Moderna vaccines, but were only part of the post-production process of the final product: that is, they are not part of the vaccine, but were instead test subjects that were used to help determine its effectivity. Other vaccines, such as Johnson & Johnson and AstraZeneca, however, did use fetal cells in the actual production process.

Despite what the NCBI calls an “ethical vaccine research and policy” controversy, Hochul said that she’s unaware of major religious groups that prohibit its followers from getting inoculated, saying that everyone from the Pope on down is encouraging people to do so.

In a public service video promoting vaccines, Pope Francis said that getting the vaccines “that are authorized by the respective authorities is an act of love.”

He also made several announcements via social media to promote COVID-19 vaccines, saying that they promote “the common good and caring for each other, especially the most vulnerable.”

This view is not limited to the Catholic faith, either. In March, evangelist Franklin Graham said that if there were vaccines available in the time of Christ, Jesus himself would have made reference to them and used them.

Get more news and updates about COVID-19, vaccines and other related treatments at Pandemic.news.