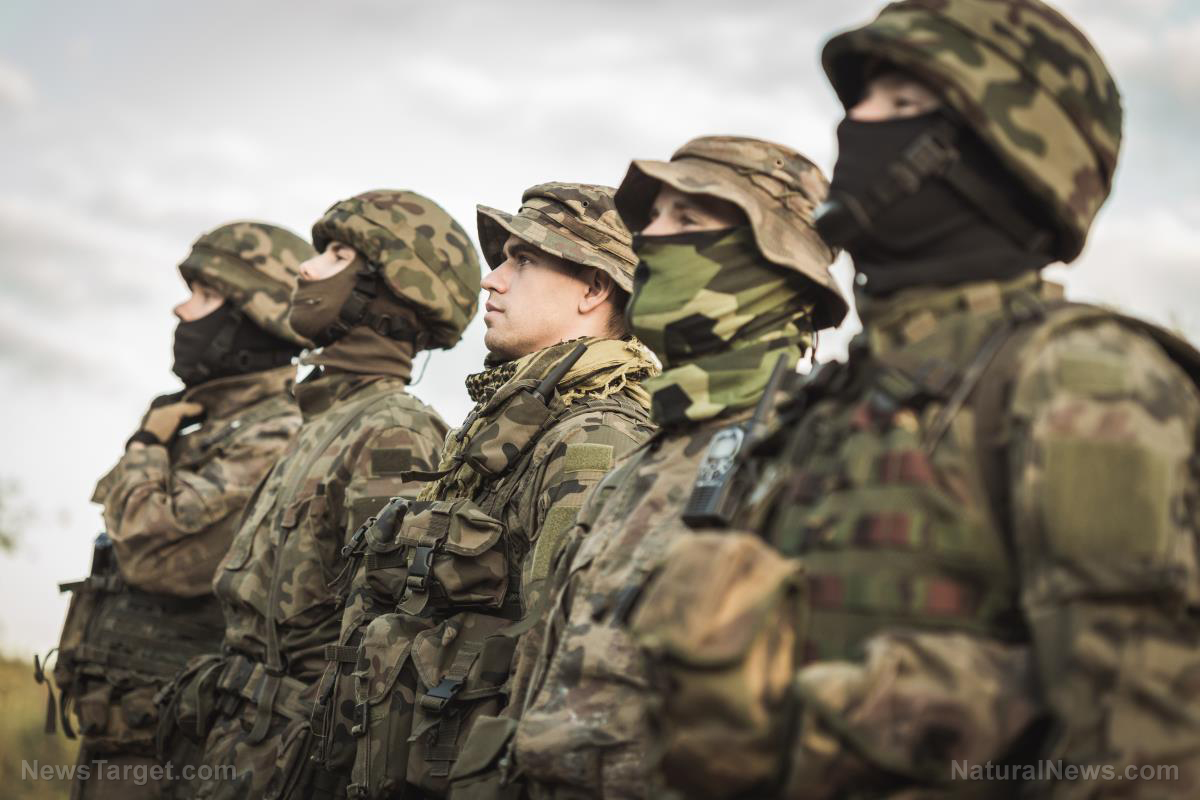 Dan Goure and David T. Pyne have raised valid questions about how well the US would fare in a military conflict with Russia and China. Not well they conclude. See:

Possibly the articles by Dan Goure and David T. Pyne are sincere concerns of military analysts worried about Washinton’s unrealistic hubris. Also possibly Goure and Pyne are consultants to defense firms and are lobbying for an even larger military budget. Nevertheless, both are correct that Washington is no match for Russia and China and is spread too thin in its ambitions to be a match for anyone. Nevertheless, the real military problem for the US is completely different from what they think.

Goure is concerned that Washington’s eyes are too focused on China to the neglect of Russia’s threat to Europe. He doesn’t say why he thinks Russia would invade Europe. The Kremlin has made it clear that Russia has no territorial intentions. Remember, Washington and Israel armed and trained the military of the former Russian province of Georgia and sent them to invade South Ossetia, provoking in response the lightening Russian conquest of Georgia. Did Russia reincorporate its former province back into its federation? No. Having taught the Georgians a lesson, the Kremlin withdrew. Remember, Ukraine attacked the Russian population in the Donbas region in Eastern Ukraine, and the Donetsk and Luhansk peoples requested Putin to reincorporate their territory into Russia where the lands historically resided. There was zero possibility of Ukraine, US, and NATO blocking the reincorporation of Russian territory into Russia, but the Kremlin passed on the land grant. If the Kremlin does not want its own former provinces back, why would Russia burden itself with Eastern and Western Europe? Goure doesn’t say.

Pyne wonders why Washington creates military difficulties for itself by provocative actions that drive Russia and China together. Unable to deal with them individually, why double the unmanageable load? He suggests that Washington give up its unattainable goal of world hegemony and make a spheres of influence deal with Russia and China. This is a rational and intelligent recommendation, but it is unrealistic. The military/security complex will not give up the two enemies necessary for the continuation of the massive budget that is its source of profit and power.

Although Goure identifies a problem and Pyne comes up with a solution, neither understands that the worst threat the US faces is the demoralization of the US Army, Navy, Marines, and Air Force by the Biden regime. A demoralized military with broken morale is not a constraint on the disciplined, high morale forces of Russia and China. Yet in Biden’s woke America, the real problem cannot be acknowledged. The US military is being destroyed, and not even a peep from the Republican opposition.

The US military is in a state of rapid decline. The huge budget goes largely into “cost overruns” or profits for the armaments industry and results in costly but second class weapon systems. The main problem, however, is the morale of US troops.

The white male troops, the backbone of the Army, Air Force, and Navy are forced to take “racial sensitivity training,” that is, they are indoctrinated that they are racists and misogynists and have to reconsider their alleged attitudes toward “preferred minorities” and females. This makes it difficult for white officers to discipline black and female troops. Blacks can claim “racism,” and women can allege “sexual harassment.”

Simultaneously, promotions for white men are on hold for the purpose of achieving “balance” by promoting blacks and women. In other words, promotions are not on the basis of merit but on the basis of race and gender. White male troops are unlikely to respect officers promoted for these reasons.

On this demoralized military force the Biden regime is now imposing mandatory vaccination with a mRNA vaccine that does not provide protection from the virus but does release the spike pathogen into the body, causing serious injury and death in many instances and making the vaccinated more susceptible to Covid. The evidence is in and is conclusive—the “vaccine” is more dangerous to the young than is the Covid virus. The troops who are aware of the facts are very resentful of the policy. Officers have the option of resigning and leaving the service, but the men in the ranks face court martial if they refuse the dangerous vaccine. The impact on morale is devastating.

The black US Secretary of Defense, a quota-hire and a quota-promotion, and the Chairman of the Joint Chiefs of Staff, who told his Chinese counterpart that he would give him advance warning of an American attack, are despised by the troops, who believe the Biden regime has betrayed the US military.

The obvious conclusion is that, the quality of weapon systems aside, such a demoralized military has no capability of fighting disciplined forces of good morale. Washington has no possibility of fighting both Russia and China together and would be quickly defeated by either separately.

My own opinion is that neither Russia nor China intend to attack the US. Much less does Russia want responsibility for Eastern Europe. Russia and China can be provoked into becoming military threats by Washington’s aggressive policies. When Washington identifies Russia and China as threats, Washington means that the rise of the two countries has ended Washington’s short-term unipolar rule. The “threat” that Washington is concerned about is the loss of US hegemony.

With Washington in the process of violating its “one China” agreement by encouraging Taiwan’s independence, Yalta 2.0 is nothing but academic rhetoric.

Americans have been brainwashed for decades about the “Communist threat,” which is associated with Russia and China. The danger is an indoctrinated population combined with Washington’s recklessness, such as putting military advisers in Taiwan, can result in a provocation that is too big for the provoked country to ignore. So far both Russia and China have ignored provocations and insults that in past times might have resulted in war. I have expressed my concerns that whereas Russia and China’s responsible behavior of refusing to respond to provocations with provocations has maintained peace, it runs the risk of causing more provocations. Sooner or later one will be too large to ignore.