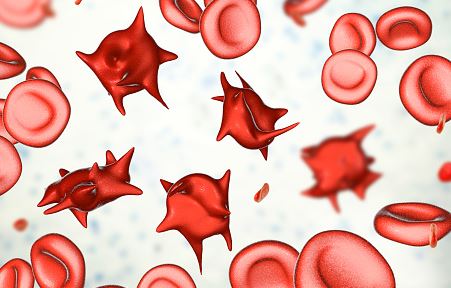 Fleming said: “There’s been all sorts of information floating around social media as people have looked at the different [COVID-19] vaccines to see what they think they’re seeing under the microscope.”

“We looked at the vaccines themselves. Normal saline looks like it should: It’s clean, it’s crisp, it’s a good product. But when we looked at the Pfizer vaccine, what we saw was crystals, hair, fiber and garbage. You have garbage in there that would never pass quality control.”

Fleming said the Food and Drug Administration (FDA) is adamant that “everything is fine” with the vaccine.

“[The COVID-19 vaccines are] pristine, they’re exactly what they need to be. Not exactly a finding that’s acceptable, because I’m somebody who likes to go check [things] out,” Fleming said.

A Vision Times article elaborated on this discovery by Fleming. He and Okinawa Institute of Science and Technology researcher Kevin McCairn compared the vaccine to a standard saline solution. While the saline solution shows no particles whatsoever under a microscope, the vaccine contains foreign particles.

The “garbage” the two found in the Pfizer vaccine appears to be a result of a sloppy and substandard manufacturing and quality control process.

Fleming said: “This demonstrates a complete failure on the FDA’s part. If they’re happy with the product that’s out there, it either means they haven’t looked at the product, or they’ve decided that there’s a new standard of garbage that’s allowed in vaccines that isn’t allowed in anything else.”

“What we unfortunately discovered was that when the Pfizer vaccine is added, the red blood cells lose their red color. This means either the oxygen is being pulled out of the cells, or the hemoglobin itself is being broken down in the cells,” Fleming said.

“Where the blood interacts with the Pfizer vaccine, the color of the red blood cells changes, it becomes pale. The red color of blood is a combination of oxygen and the hemoglobin that’s carrying [it]. So one of those two things, if not both, were altered by the Pfizer vaccine. And then, the cells actually start to clot right in front of your eyes. You can see the movement of the cells in the Pfizer vaccine solution. The first time that I did it, my response was ‘this is very disconcerting.'” (Related: Israeli study links Pfizer vaccine to deadly blood disease that causes blood clots.)

The Health Ranger then asked if Fleming and McCairn used special techniques such as dark field microscopy and other procedures during their examination. Fleming said no.

“It was just a straight venipuncture, [a] blood draw, that was then put on the slide so that we could begin the process. Saline solution and the vaccine were simply dropped on to the blood samples and left alone – nothing else,” Fleming said.

Vaccines lead to a slow death through oxygen deprivation

Adams asked a follow-up question: “Are you saying, then, that the Pfizer vaccine appears to alter the morphology of the hemoglobin molecules inside the red blood cells? Is that a fair estimate?” Fleming answers in the affirmative, adding: “It’s either removing the oxygen directly, altering the hemoglobin or both. You shouldn’t have that effect on the blood with any amount of Pfizer vaccine, period.”

The researcher continued: “[The] reality is that blood simply being exposed to the air will oxygenate. It didn’t re-oxygenate, so something happened that produced an irreversible change inside the red blood cells. [One] would have to presume that in the process, it had to affect the hemoglobin because it was unable to re-uptake oxygen.

“The red blood cells of the human body are the only cells that don’t have nuclei. They come from the bone marrow and so once they’re out in the bloodstream, they’re going to live for about 90 to 120 days, depending upon a variety of factors. The damaged red blood cells are going to continue to float around and provide no benefit to the human body.

“Since [the damaged red blood cells are] not being taken out of the human body, [it] won’t recognize [them] as a deficiency. This explains an awful lot of the neurological manifestations that we’re seeing in vaccinated people.” (Related: From shots to clots: considerable medical evidence of COVID vaccine-induced blood clots.)

VaccineDamage.news has more articles about the negative effects of the Pfizer vaccine on the body.