VACCIDENTS GALORE: More people are dying in traffic accidents despite traveling fewer miles – is it the “vaccines?” 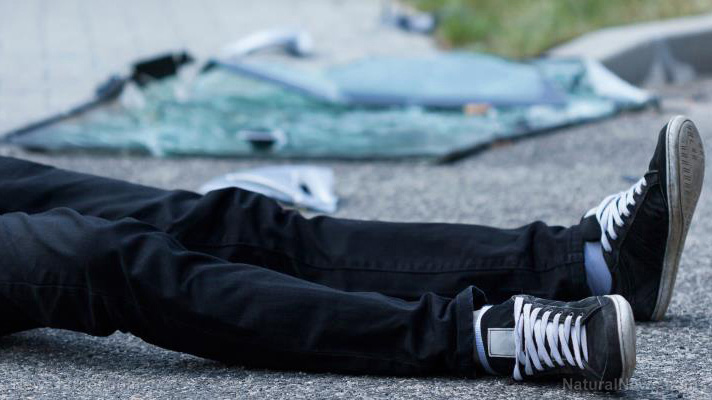 Ever since the Wuhan coronavirus (Covid-19) was announced by the government and the media, traffic fatalities have soared despite most people traveling far fewer miles on average.

In 2020 during the lockdown period when millions of people were told to stay at home, traffic fatalities were significantly higher compared to any other year dating back to 2007. In 2021, those numbers are expected to be even worse.

While the official numbers for 2021 have yet to be released, the government estimates that during the first half of the year, a whopping 20,160 people died in automobile accidents. This represents an 18.4 percent increase compared to the same time period in 2020.

Proud LGBTQ member and Transportation Secretary Pete Buttigieg said back in October when all these figures were first released that there is “a crisis” in America – though he failed to identify the government’s plandemic tyranny as its cause, of course.

“We cannot and should not accept these fatalities as simply a part of everyday life in America,” Buttigieg proclaimed in a canned statement feigning concern for American life.

Most people would probably agrees that we should not accept any of this as normal. Instead, Americans should be banding together, regardless of political persuasion, to put an end to all the government fascism.

Besides Mexico, the United States is now the most dangerous country in which to drive a vehicle

Buttigieg meant something different, of course. Instead of stopping all the tyranny that caused this crisis in the first place, he wants to ratchet it up more by pushing corrupt electric vehicle manufacturer Tesla to start aggressively testing the latest version of its “Full Self Driving” option on public roads.

Even though Tesla’s so-called “auto-pilot” feature is killing people as well, Buttigieg believes that convincing Elon Musk to end more lives will somehow help to save more lives.

Other “experts” claim they have no idea why so many people are now dying on America’s roadways ever since plandemic fascism became the norm. Some are hilariously blaming cars themselves for “getting bigger” while others erroneously insist that it is because lawmakers have made it “legal to go faster.”

Nobody wants to acknowledge the elephant in the room that is all the lockdowns, mask-wearing and general societal insanity that has come to demarcate the new and ever-present “normal.”

Similarly, nobody wants to acknowledge that the so-called “vaccines” are more than likely damaging people’s mental and physical reflexes, causing them to drive more erratically than they did prior to getting injected with an “Operation Warp Speed” needle.

The only country in the world with more traffic fatalities per capita right now than the United States is Mexico, according to the latest data. It is safer to drive in Russia, Canada, France, Australia, Germany, Japan and the United Kingdom, it turns out.

“Remember the Florida motorcycle driver who saw the Kung Flu particle floating in the air in front of him, swerved to avoid it, lost control and ended up a fatality … which was attributed to the Kung Flu since he tried to avoid it?” asked another, referring to news from last year.

“That’s what is happening in the counting. Bonus: It keeps the Kung Flu deaths up, too. F*** BIDEN.”

“We definitely need to stop everyone from driving, except maybe truck drivers,” joked another. “At least for 14 days until we can flatten the curve.”

“Please don’t even suggest that,” responded another. “The idiots will embrace it.”

The latest news about the collapse of America under plandemic tyranny can be found at Fascism.news.