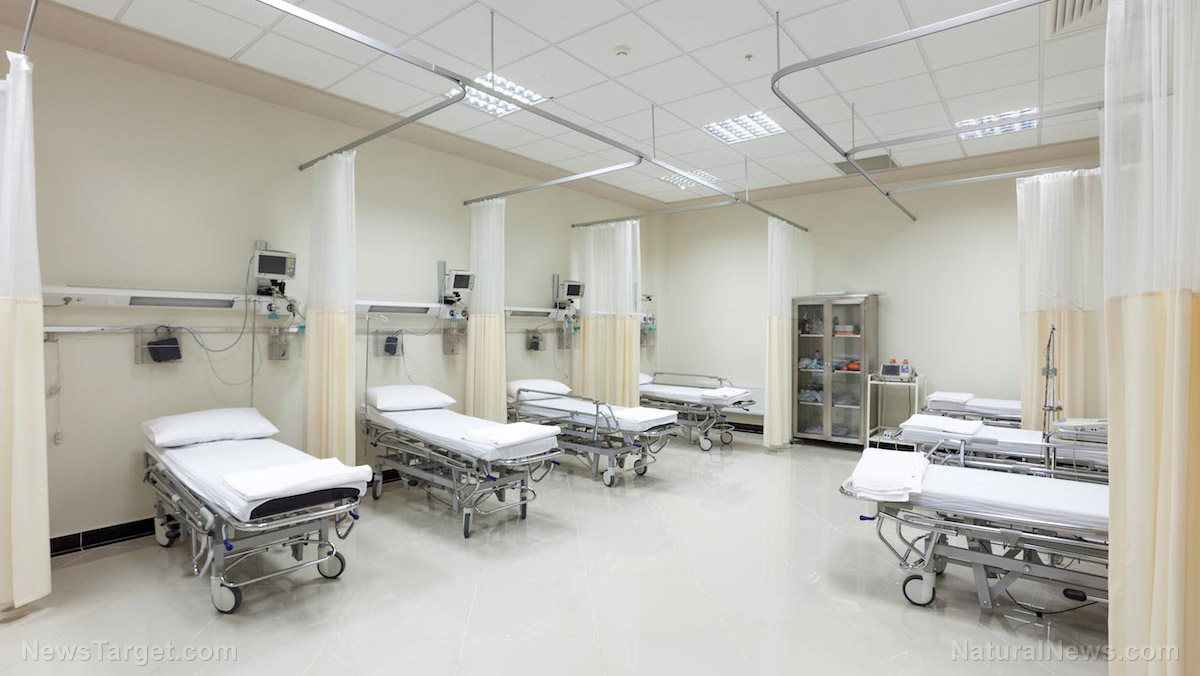 The deadline for all healthcare workers in the state of New York to get “vaccinated” for the Wuhan coronavirus (Covid-19) has come and gone – and so have many unvaccinated hospital staff, including those who work in emergency rooms that are now having to close due to being understaffed.

Mount Sinai South Nassau, for instance, released a statement indicating that it had to close the ER in Long Beach due to unvaccinated employees being forced off the job.

“The Emergency Department in Long Beach operated by Mount Sinai South Nassau will be closed temporarily as of 3 PM today due to nursing staff shortages,” the statement reads.

“The staffing shortage and closure of the LBED is a result of the Hospital’s compliance with the NYSDOH’s mandate … requiring the suspension of all staff working under temporary religious exemptions who could not show proof today of receiving a first dose of COVID-19 vaccination or a valid medical exemption from receiving it.”

The facility went on to express “regret” in having to take this step of closing down the ER, “but the safety of our patients is always our No. 1 priority.”

“This closure should not be interpreted as anything beyond what it is – a temporary measure designed to relieve current staffing challenges in our Emergency Department,” the statement further reads.

There is much irony embedded within the claim that shutting down an ER due to employee non-compliance with an injection mandate somehow promotes patient “safety.”

Now, patients in the Long Beach area of New York no longer have a nearby hospital available to them should they have an emergency. They will now have to be hauled off to another facility many miles away, which could mean death depending on the emergency.

Since time is of the essence when it comes to certain injuries, not having an open emergency room close to the scene of an incident means that more patients will die in transit to a further away hospital.

At first, medical workers in New York were told that they would still be allowed to submit religious exemptions. Those were later eliminated, however, leaving the unvaccinated with no choice other than to be driven out of employment.

Meanwhile, there is a new strain of the Chinese Virus that is supposedly circulating among the “fully vaccinated.” So far, there are no unvaccinated people who have “caught” it.

So not only are patients’ lives now being put at risk by hospital closures caused by non-compliance with government jab mandates, but those very same jab mandates are causing more Chinese Virus strains to circulate, injuring and killing even more lives.

“They’re trying to kill everyone, either by the ‘vaccines’ or by firing the nurses and firefighters who work to save people every day,” wrote one cognizant commenter at Summit.news. “These mandates are pure evil.”

“These are the same people who came to work all during this ‘plandemic’ to help the sick and now they are being discriminated against because they are not stupid,” wrote another.

“‘We regret having to take this step but the safety of our patients is always our No. 1 priority’ – Yeah this makes sense,” wrote yet another.

“‘We are so concerned for you we’ll let you die of a heart attack rather than let an unvaccinated doctor or nurse save your life.’ Please care for me less. I might actually survive. What’s next? Letting people starve because you can’t give them the tastiest food?”

The latest news about the Wuhan coronavirus (Covid-19) plandemic can be found at Pandemic.news.